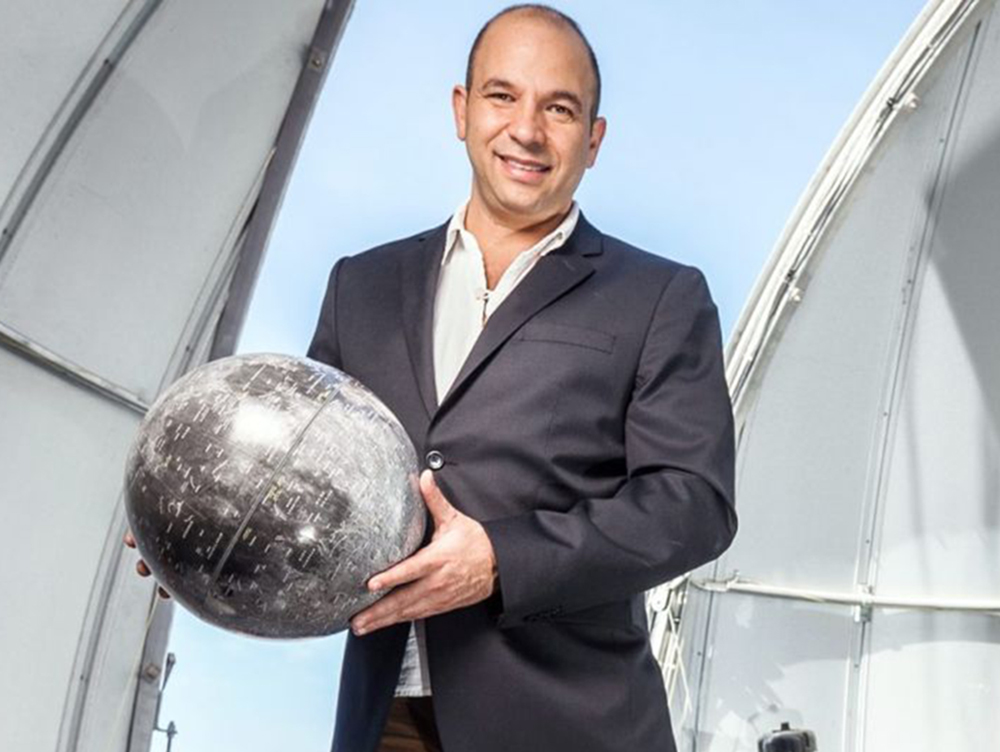 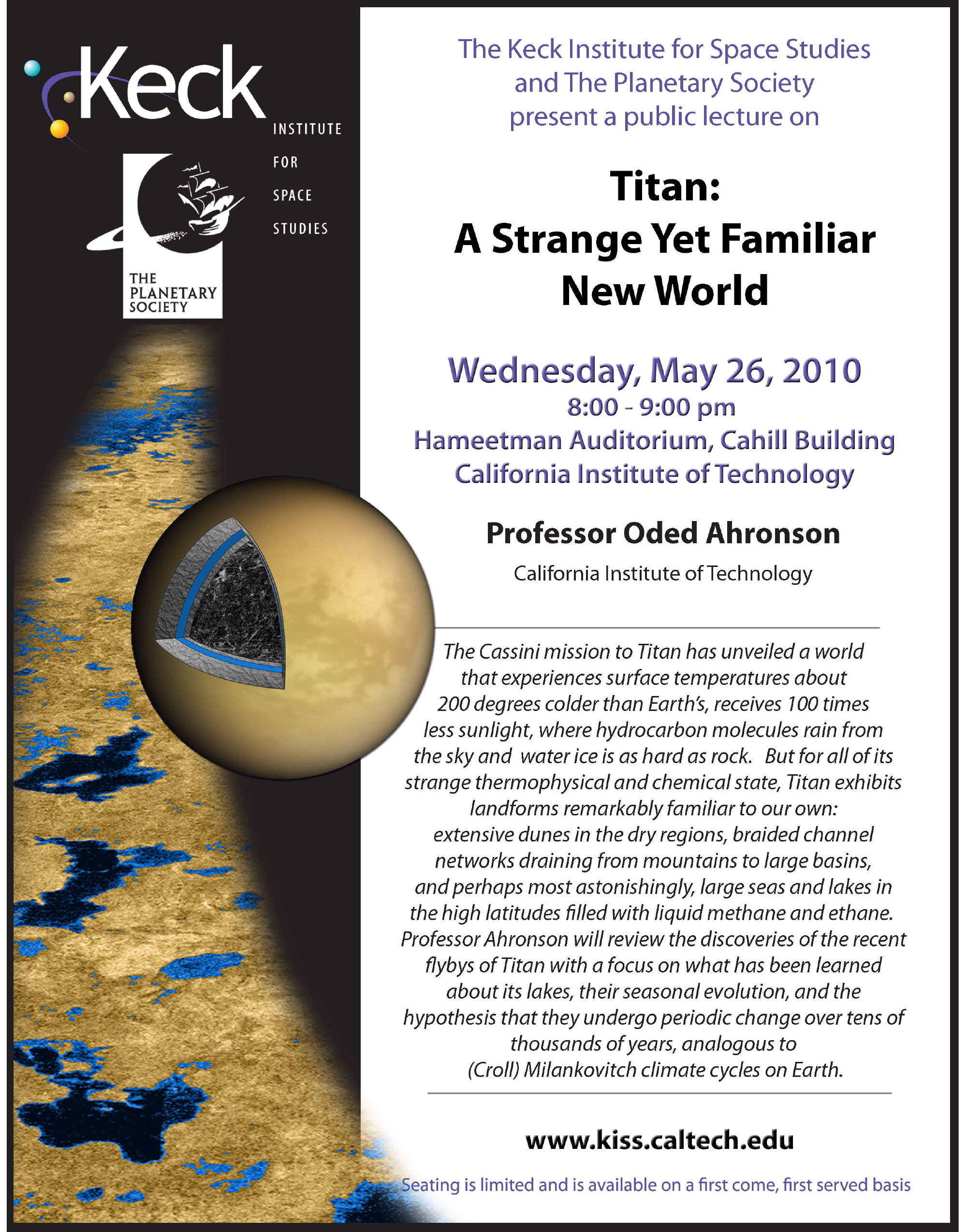 The Cassini mission to Titan has unveiled a world that experiences surface temperatures about 200 degrees colder than Earth's, receives 100 times less sunlight, where hydrocarbon molecules rain from the sky and water ice is as hard as rock. But for all of its strange thermophysical and chemical state, Titan exhibits landforms remarkably familiar to our own: extensive dunes in the dry regions, braided channel networks draining from mountains to large basins, and perhaps most astonishingly, large seas and lakes in the high latitudes filled with liquid methane and ethane. Professor Ahronson will review the discoveries of the recent flybys of Titan with a focus on what has been learned about its lakes, their seasonal evolution, and the hypothesis that they undergo periodic change over tens of thousands of years, analogous to (Croll) Milankovitch climate cycles on Earth.

Oded Aharonson is an Associate Professor of Planetary Science. After receiving degrees in Applied and Engineering Physics from Cornell University, a stint in the Israeli Air Force, and a PhD in Planetary Science from MIT, he arrived at Caltech, where his research focuses on planetary surfaces. On Mars for example, Aharonson has studied fluvial and lacustrine features, the layered rock record of past climate variations, and a giant impact origin of the global dichotomy. Aharonson participates in several spacecraft investigations of solar system bodies, including the Mars Exploration Rovers, the Lunar Reconnaissance Orbiter, and the Cassini mission to Titan.