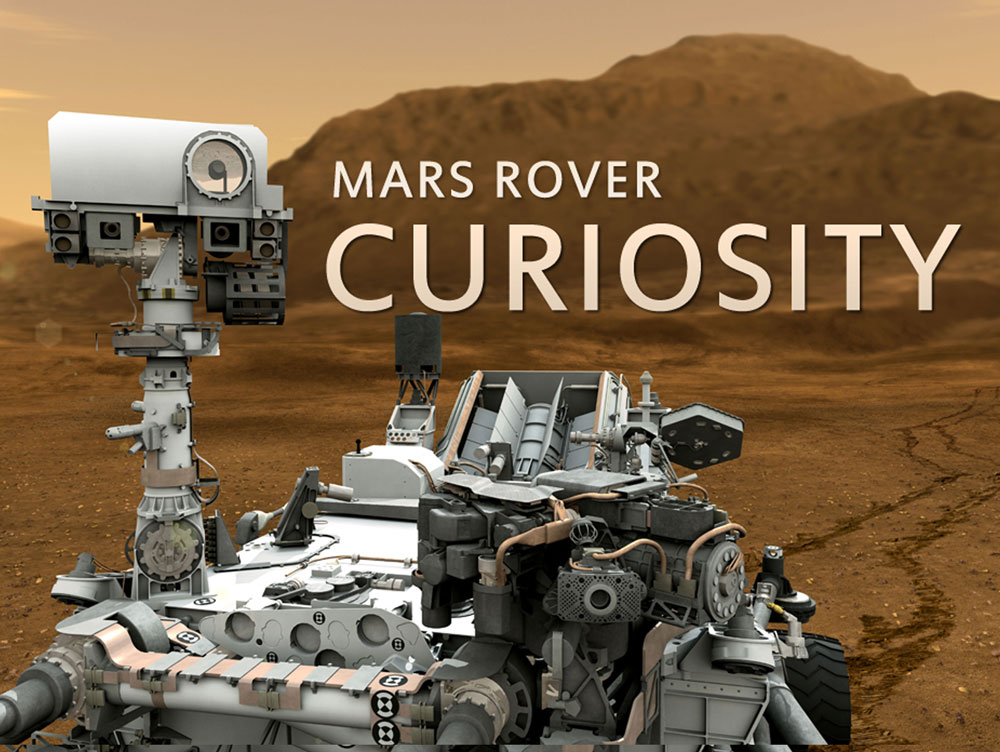 Landing on Mars (do not try this at home) 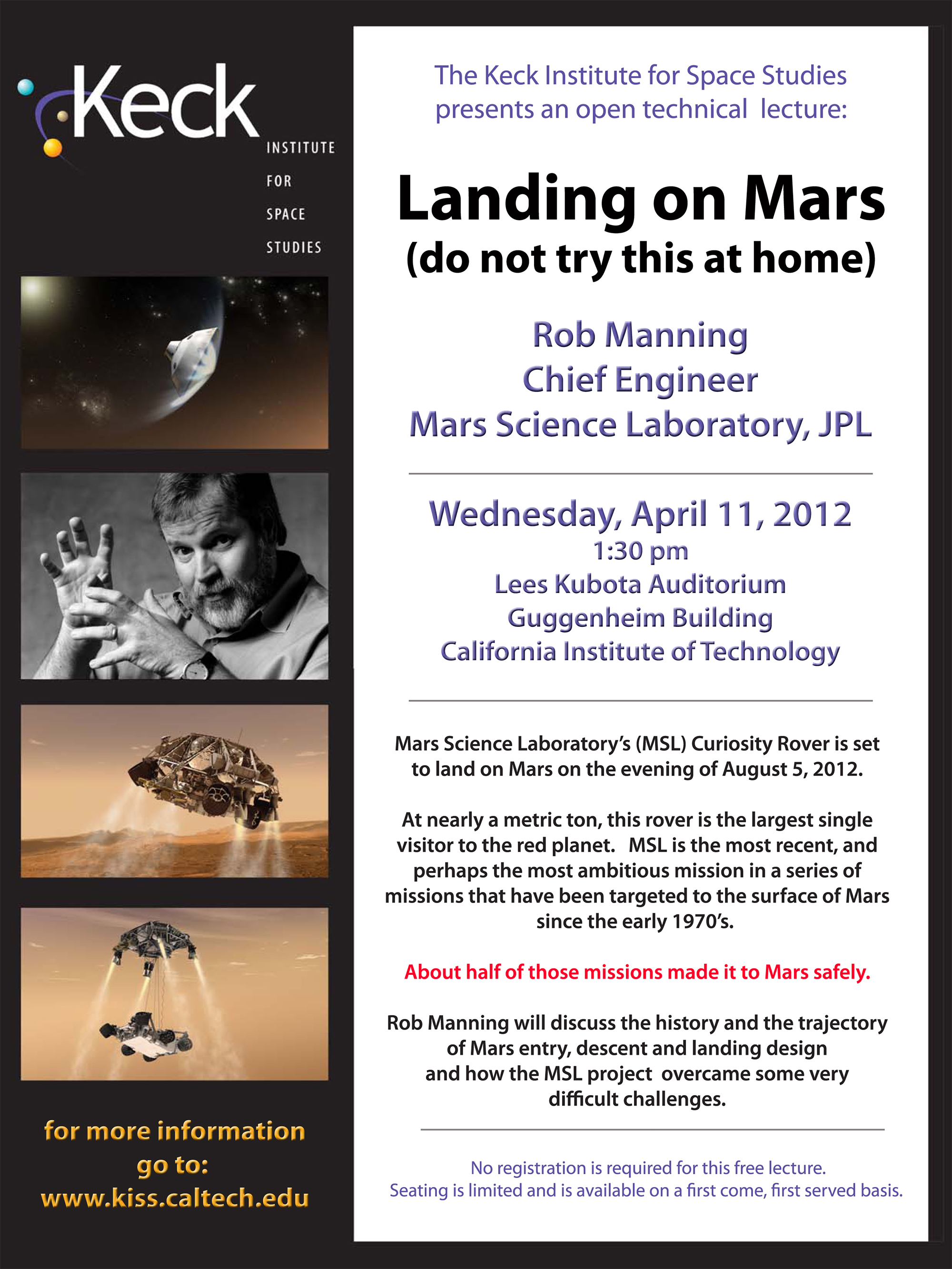 Mars Science Laboratory's (MSL) Curiosity Rover is set to land on Mars on the evening of August 5, 2012. At nearly a metric ton, this rover is the largest single visitor to the red planet. MSL is the most recent, and perhaps the most ambitious mission in a series of missions that have been targeted to the surface of Mars since the early 1970's.

About half of those missions made it to Mars safely.

Rob Manning will discuss the history and the trajectory of Mars entry, descent and landing design and how the MSL project overcame some very difficult challenges.

No registration is required for this free lecture. Seating is limited and is available on a first come, first served basis.

Rob has been designing, testing and operating robotic spacecraft and rovers for over 30 years at JPL. His career has allowed him to live through some of JPL’s most harrowing robotic moments.

Rob started out as an electronics engineer, designing and testing on-board computers for missions like Galileo, Magellan and the Cassini mission to Saturn. In the 1990’s Rob became the chief engineer for a project called Mars Pathfinder, which became the first to send a little rover (named Sojourner) to Mars. In the process, he learned from past masters from the Apollo and Viking era what it took to safely land robots on another planet in an intricate process called “EDL” or Entry, Descent and Landing. Afterward he co-conspired the idea to modify Pathfinder and Sojourner to become the MER Spirit and Opportunity rovers. He also led the system engineering team for the Rover as well as the Entry, Descent and Landing teams. After MER he became the Mars Program Chief Engineer and also spent time on the Mars Reconnaissance Orbiter and the Phoenix EDL teams prior to joining the MSL team.

As a result of his fortunes at JPL, Rob has received two NASA medals and is in the Aviation Week Magazine Space Laureate Hall of Fame in the Smithsonian Air and Space Museum. In 2004, “SpaceNews” magazine named Rob as one of 100 people who made a difference in civil, commercial and military space since 1989.

Rob is a graduate of Caltech and Whitman College where he studied math, physics, computer science, and control systems. He makes his home in La Canada with his wife Dominique and their daughter, Caline.