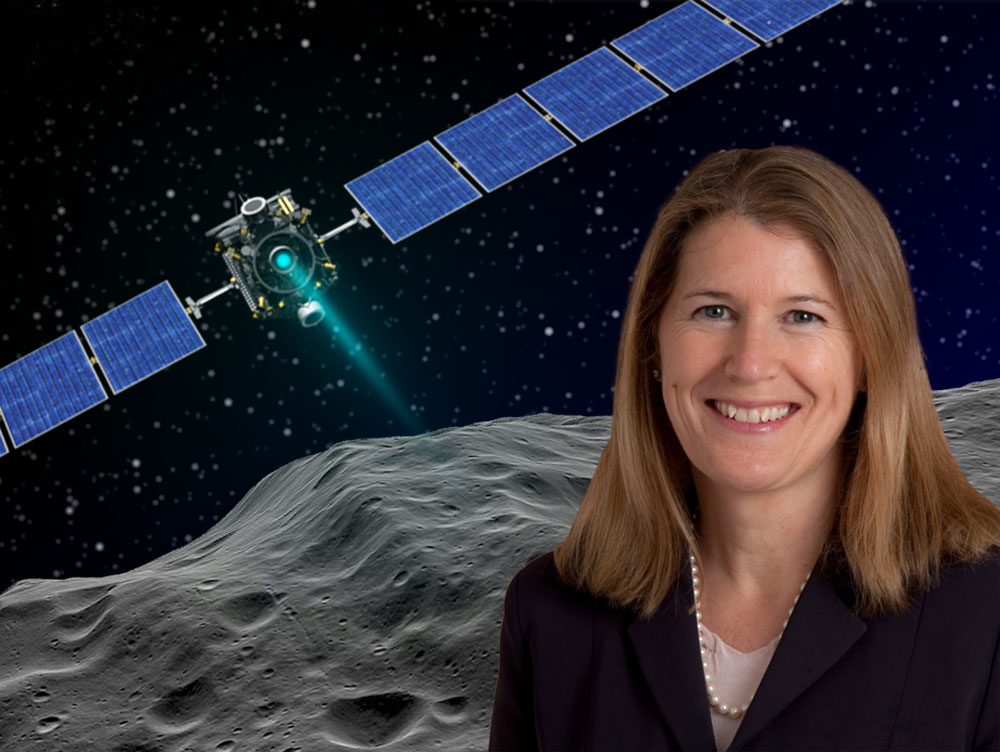 Exploring Protoplanets Through the Dawn Mission

This public lecture is co-sponsored by The Planetary Society.

The Dawn spacecraft reached Vesta, the second most massive asteroid in the main belt, in July of 2011, and has since returned a wealth of remarkable scientific findings. These have included the confirmation of Vesta as the parent body of a common class of meteorites (the Howardite-Eucrite-Diogenites), evidence for a substantial iron core, an impact record consistent with recent dynamical models driven by giant planet migration, and intriguing brightness and compositional variations. Vesta's nature is transitional between an asteroid and a planet, and represents one of the oldest intact planetary building blocks from the beginning of the solar system. Dawn's novel ion-propulsion system allows the spacecraft to travel further and orbit the dwarf planet Ceres in 2015.

Carol A. Raymond is the Deputy Principal Investigator of the NASA Dawn Mission, and the Program Scientist for Mission Formulation within the Solar System Exploration Directorate at JPL. She migrated to planetary science from a background in terrestrial geophysics. Her research aims to understand geodynamic processes of Earth and other planetary bodies, including plate tectonics and glacial isostatic adjustment on the Earth, magnetic field history of Earth and Mars, and the formation and evolution of protoplanets. She has led numerous deep-sea and Antarctic field expeditions but currently devotes most of her time to robotic exploration of space.