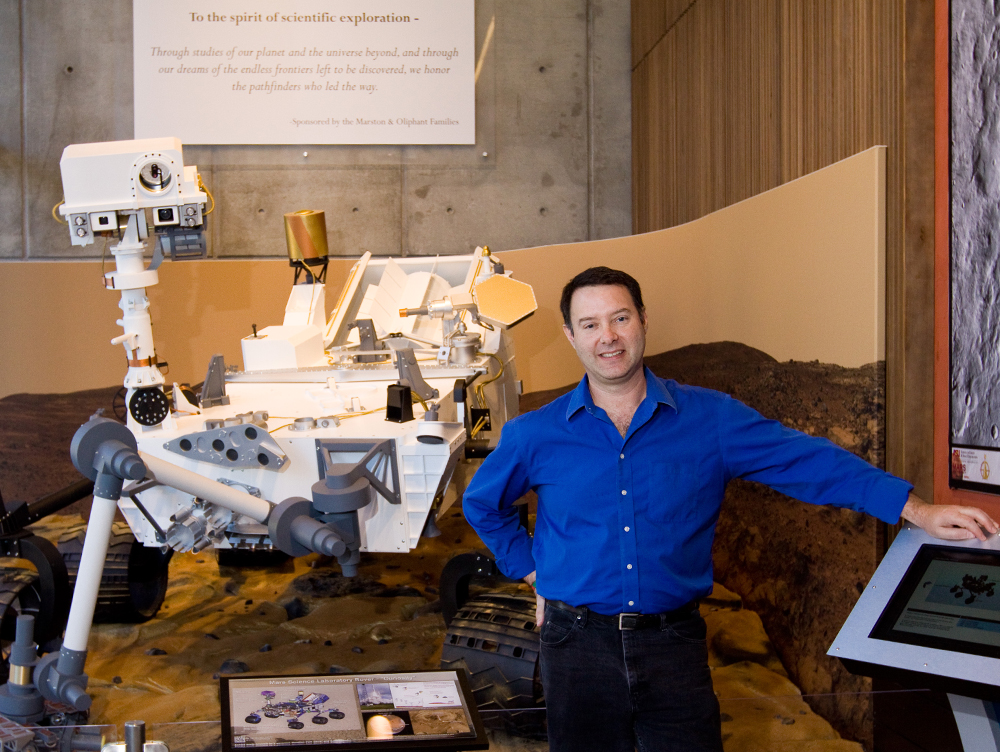 Exploring Mars, the Moon, Asteroids, and Comets with Rovers and Landers The exploration of our solar system over the past half century has been dominated by robotic flyby and orbital missions. Recently, however, NASA and other space agencies have been transitioning into an era of even deeper exploration, using robotic rovers and landers sent down to the surfaces of many of these worlds. Among the most successful and popular of these have been the recent Mars rover and lander missions -- Mars Pathfinder, Spirit, Opportunity, Phoenix, and now Curiosity. Plans are also in the works for new Mars landers and rovers, as well as new landers and rovers to explore in more detail the surfaces of the Moon as well as of small primitive bodies like asteroids and comets.

In this talk Professor Bell will review some of the recent highlights from Mars surface missions (especially the continuing adventures of the Opportunity and Curiosity rovers), discuss the kinds of up-close contact science measurements that can be done from such robotic vehicles, and talk about how the lessons learned from these missions can influence future Mars, asteroid, and comet rovers and landers.

Dr. Jim Bell is currently a Professor in the School of Earth and Space Exploration at Arizona State University in Tempe, Arizona and is an Adjunct Professor in the Department of Astronomy at Cornell University in Ithaca, New York. He received his B.S. in Planetary Science and Aeronautics from Caltech in 1987 and his M.S. and Ph.D. in Geology & Geophysics from the University of Hawaii in 1992. Jim spent 3 years as a National Research Council postdoctoral research fellow at NASA's Ames Research Center from 1992 through 1995. Jim's research group primarily focuses on the geology, geochemistry, and mineralogy of planets, moons, asteroids, and comets using data obtained from telescopes and spacecraft missions. Jim has a main belt asteroid named after him (8146 Jimbell), and was the recipient of the 2011 Carl Sagan Medal from the American Astronomical Society, for excellence in public communication in planetary sciences.