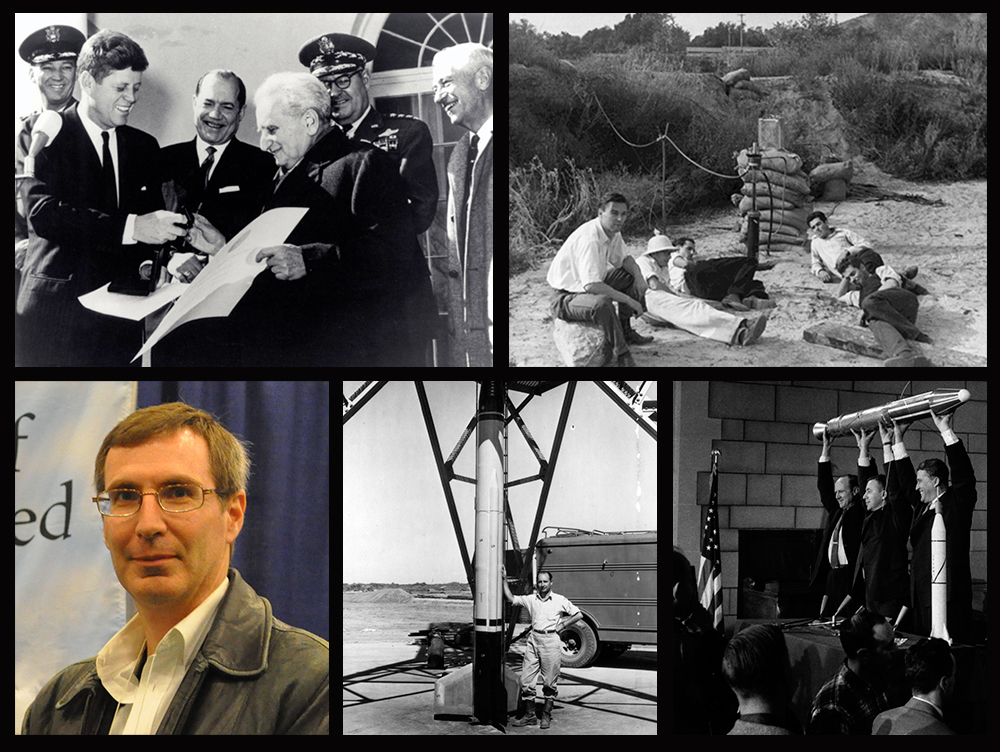 The year 2013 marks the 50th anniversary of Theodore von Kármán's death. Born in Budapest, Austria-Hungary in 1881, von Kármán emigrated to the United States in 1930, joining the faculty of the Guggenheim Aeronautical Laboratory at Caltech, where he remained until 1944. He then gradually moved to Washington, DC., to head the Air Force's Scientific Advisory Group. He was ultimately awarded the first Medal of Science by President Kennedy in 1963 and was the first director of JPL. In this talk, the story of von Kármán's life in aeronautics, engineering, and science, will be revealed - with a particular focus on his role in founding JPL.

But JPL was the result of only one of two rocket projects at Caltech during World War II. The other, founded by Charles Lauritsen of the Physics Department, ultimately resulted in the founding of what was once the Naval Ordnance Test Station, now the China Lake Naval Air Weapons Station. This talk will explore these two major projects, and von Kármán's role in fostering American rocketry.

No registration is required for this free lecture. Seating is limited and is available on a first come, first served basis.

Erik Conway is the Historian at the Jet Propulsion Laboratory. His duties include research and writing, conducting oral histories, and contributing to the lab's historical collections. Before JPL, he worked as a contract historian at Langley Research Center. Conway enjoys studying the historical interaction between national politics, scientific research, and technological change.


Miss the lecture? Check out the JPL version of this lecture here.