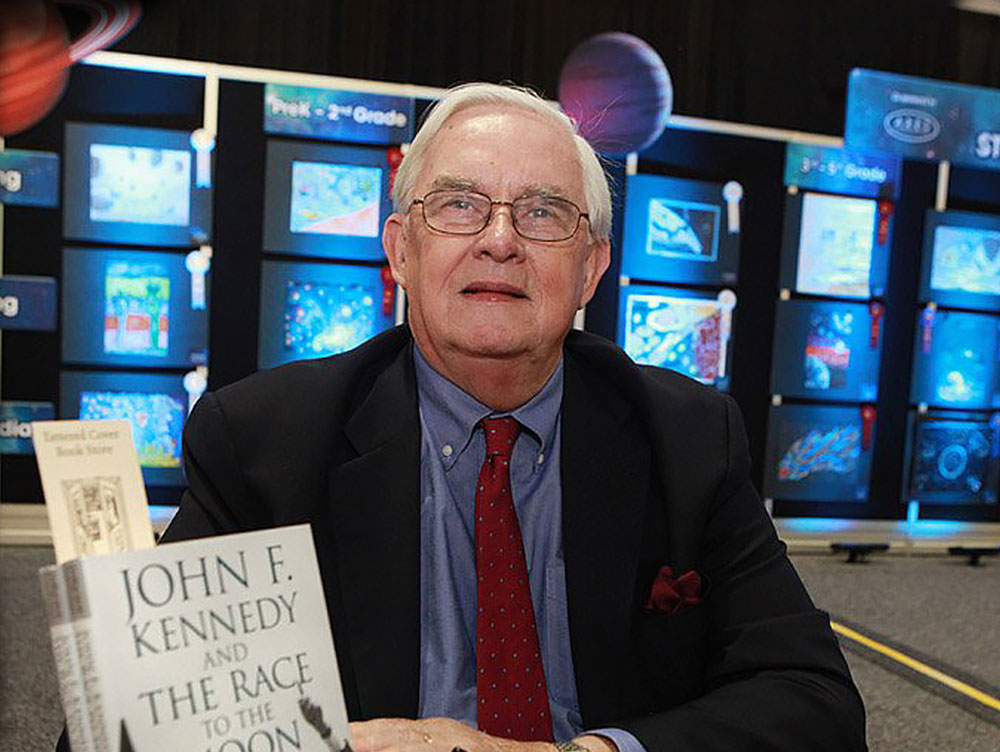 John F. Kennedy and the Race to the Moon Based on his award-winning 2010 book "John F. Kennedy and the Race to the Moon," Dr. John Logsdon will review the factors that led President John F. Kennedy, just four months after his inauguration, on May 25, 1961, to set as a national goal sending Americans to the Moon "before this decade is out."

He will explore JFK's actions and second thoughts following that Cold War decision during the remaining thirty months of his presidency. Dr. Logsdon will address the question: "Was Apollo worth its costs and risks?" He will also relate the experience and evaluation of Apollo to current controversies regarding the character of future U.S. space efforts.

John M. Logsdon is Professor Emeritus of Political Science and International Affairs at George Washington University’s Elliott School of Inter-national Affairs, where he was the founder and long-time director of GW’s Space Policy Institute.

In 2003 he was a member of the Columbia Accident Investigation Board, and formerly was a member of the NASA Advisory Council and its Exploration Committee. In 2008-2009 he held the Charles A. Lindbergh Chair in Aerospace History at the Smithsonian Air and Space Museum. He is the author of the award-winning book John F. Kennedy and the Race to the Moon (2010).

He is a Fellow of the American Institute of Aeronautics and Astronautics and the American Association for the Advancement of Science, and a member of the International Academy of Astronautics. From September 2008 through August 2009, Dr. Logsdon held the Charles A. Lindbergh Chair in Aerospace History at the Smithsonian Institution's National Air and Space Museum.