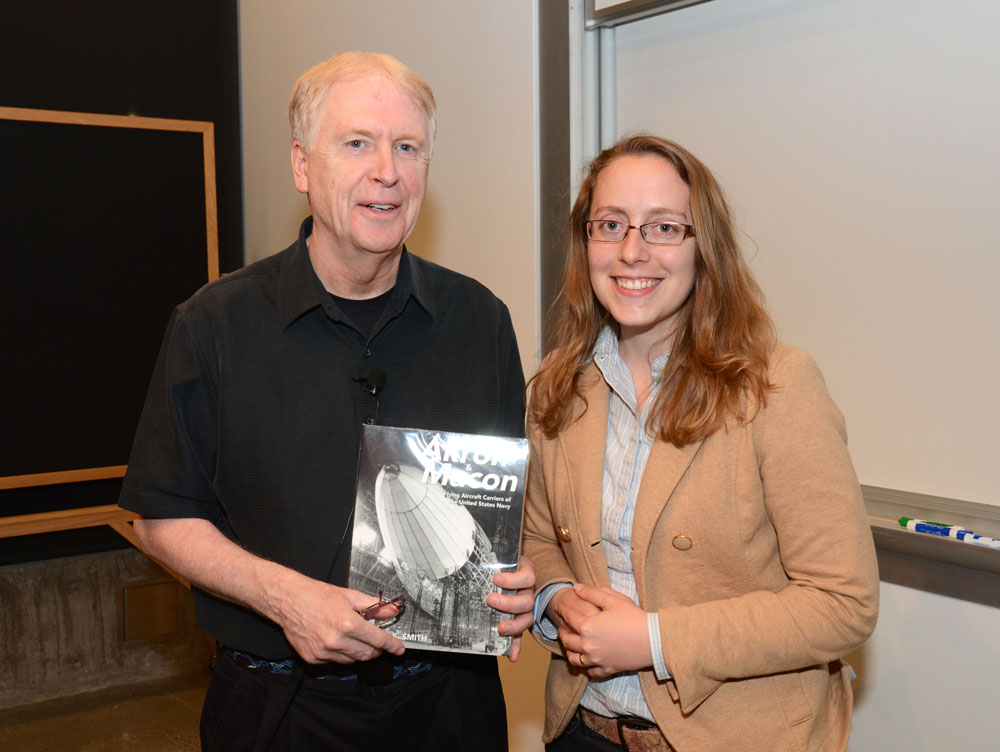 Airships: A New Horizon for Science 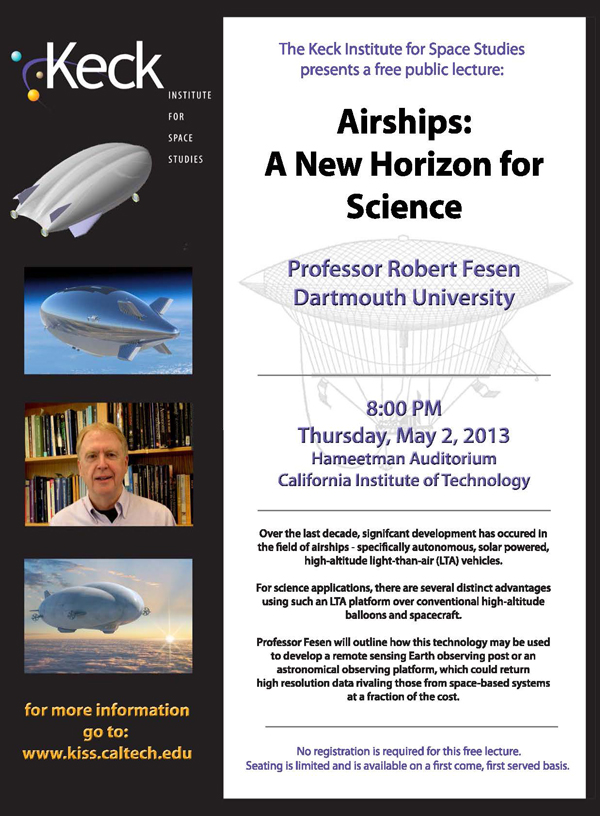 Over the last decade, a few commercial telecommunication ventures as well as several well-funded military programs have attempted to develop autonomous, solar powered, high-altitude light-than-air (LTA) vehicles known as airships, which could maneuver and station-keep for weeks, months, or even years.

Wireless communications using a single, high-altitude airship could provide commercial high-bandwidth data services to consumers over a large area cheaper than via satellites, and there is increasing military interest in airships for real-time communications and long duration, persistent ‘over-the-horizon’ surveillance capabilities. For science applications, there are several distinct advantages using such a LTA platform over conventional high-altitude balloons and spacecraft and he will outline how this technology might be used to develop a remote sensing Earth observing post or as an astronomical observing platform which could return high-resolution data rivaling those from space-based systems at a fraction of the cost.

After graduation in 1981, Fesen took a two year postdoc position at NASA's Goddard Space Flight Center in Greenbelt MD, followed by another postdoc (which later turned into a research staff position) at the Center for Astrophysics and Space astronomy at the University of Colorado in Boulder. He stayed in Colorado for six years before moving back east to Dartmouth College in Hanover, NH. He has been Acting Director of the MDM Observatory at Kitt Peak outside of Tucson AZ, and is currently on the board of Directors for the 10-meter SALT telescope being built in South Africa.

Fesen's main interests lie in the field of supernovae and supernova remnants and he makes use of X-ray, ultraviolet, optical, and infrared observations from both ground-based and space-based telescopes. A current area of study is the infrared spectra of supernovae and their remnants.

One of his favorite objects is the Cassiopeia A supernova remnant, which is the youngest known in the Milky Way galaxy and exhibits the highest expansion velocities. This object has also been a favorite of one of the other team members, Dr. Sidney van den Bergh, who did many of the important initial studies of the Cas A supernova remnant using the Palomar 200-inch telescope.