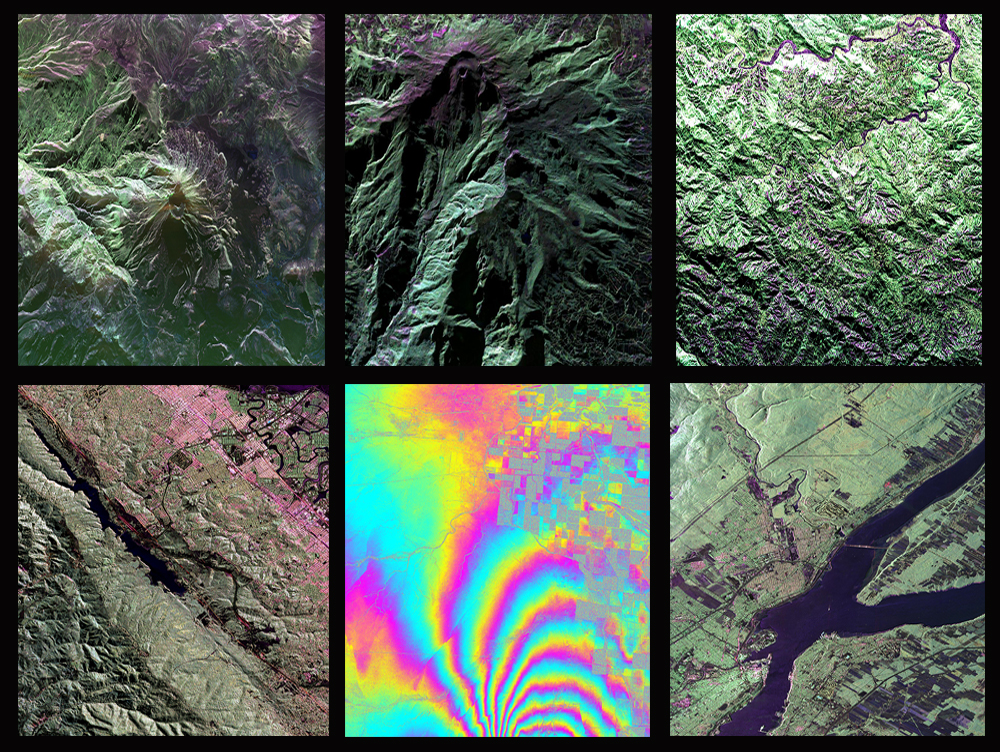 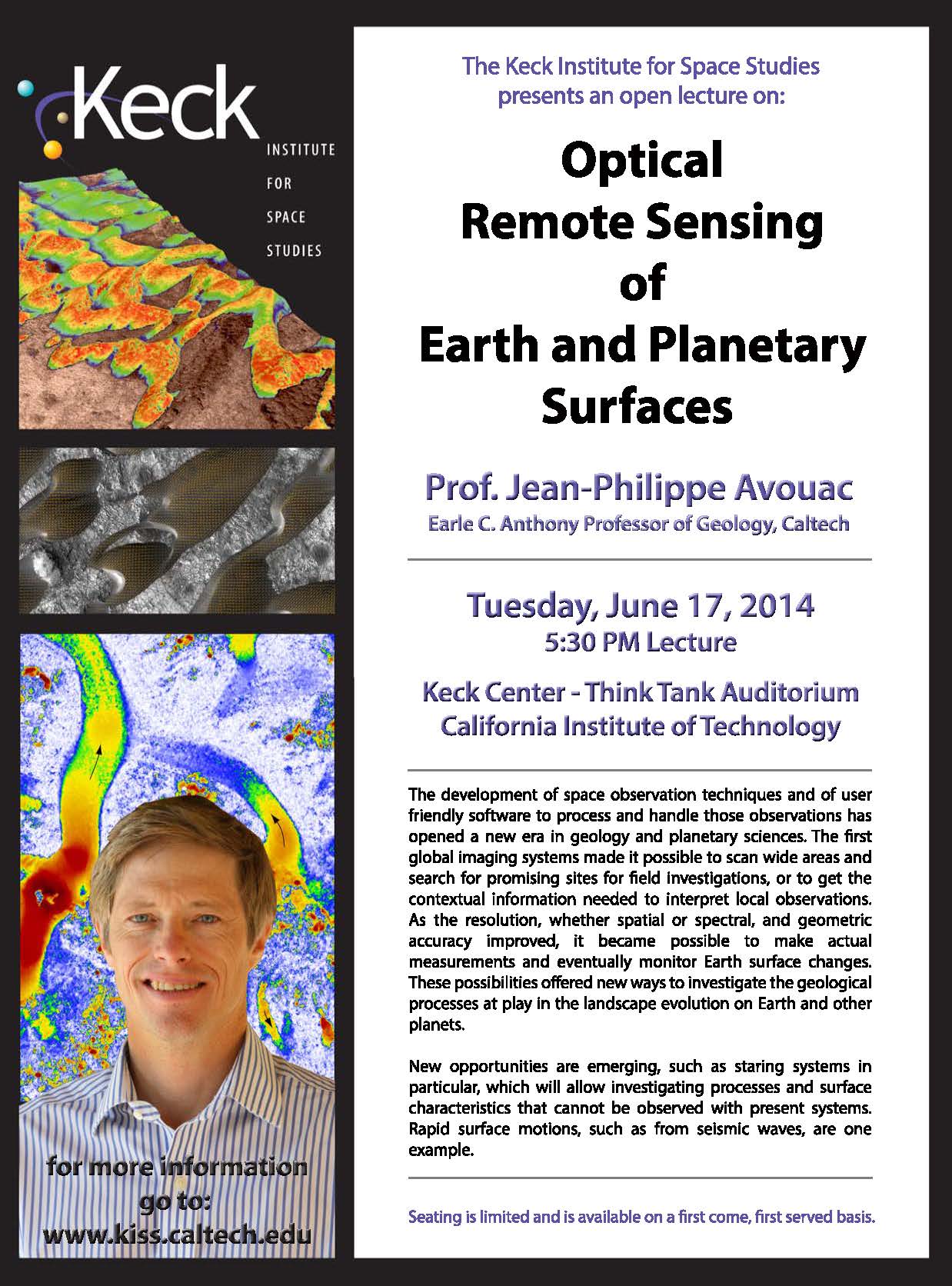 The development of space observation techniques and of user friendly software to process and handle those observations has opened a new era in geology and planetary sciences. The first global imaging systems made it possible to scan wide areas and search for promising sites for field investigations, or to get the contextual information needed to interpret local observations. As the resolution, whether spatial or spectral, and geometric accuracy improved, it became possible to make actual measurements and eventually monitor Earth surface changes. These possibilities offered new ways to investigate the geological processes at play in the landscape evolution on Earth and other planets.

New opportunities are emerging, such as staring systems in particular, which will allow investigating processes and surface characteristics that cannot be observed with present systems. Rapid surface motions, such as from seismic waves, are one example.

Dr. Jean-Philippe Avouac received his BS in Engineering from Ecole Polytechnique (France) in 1987 and his PhD in Earth Sciences at the Institut de Physique du Globe de Paris (France) in 1991. He then took a position at the Commissariat a l’Energie Atomique where he created and lead the Laboratoire de Télédétection et Risque Sismique. Dr Avouac joined the Division of Geological and Planetary Sciences at Caltech as a full Professor in 2003. Dr. Avouac became the Earle C. Anthony Professor of Geology in 2012. He was the director of the Tectonics Observatory from 2004 to 2014.

Dr. Avouac research aims primarily at a better understanding of the mechanisms governing crustal deformation, seismicity and changes to the Earth’s surface. He resorts to physical dynamic modeling, geological observation and geophysical data analysis. He has contributed to method developments in geodesy, morphotectonics and remote sensing.

Dr. Avouac has received several awards and honors, among them: the Humboldt senior scientist Award of the Alexander von Humboldt Foundation; the E. A. Flinn Award of the International Lithosphere Program.