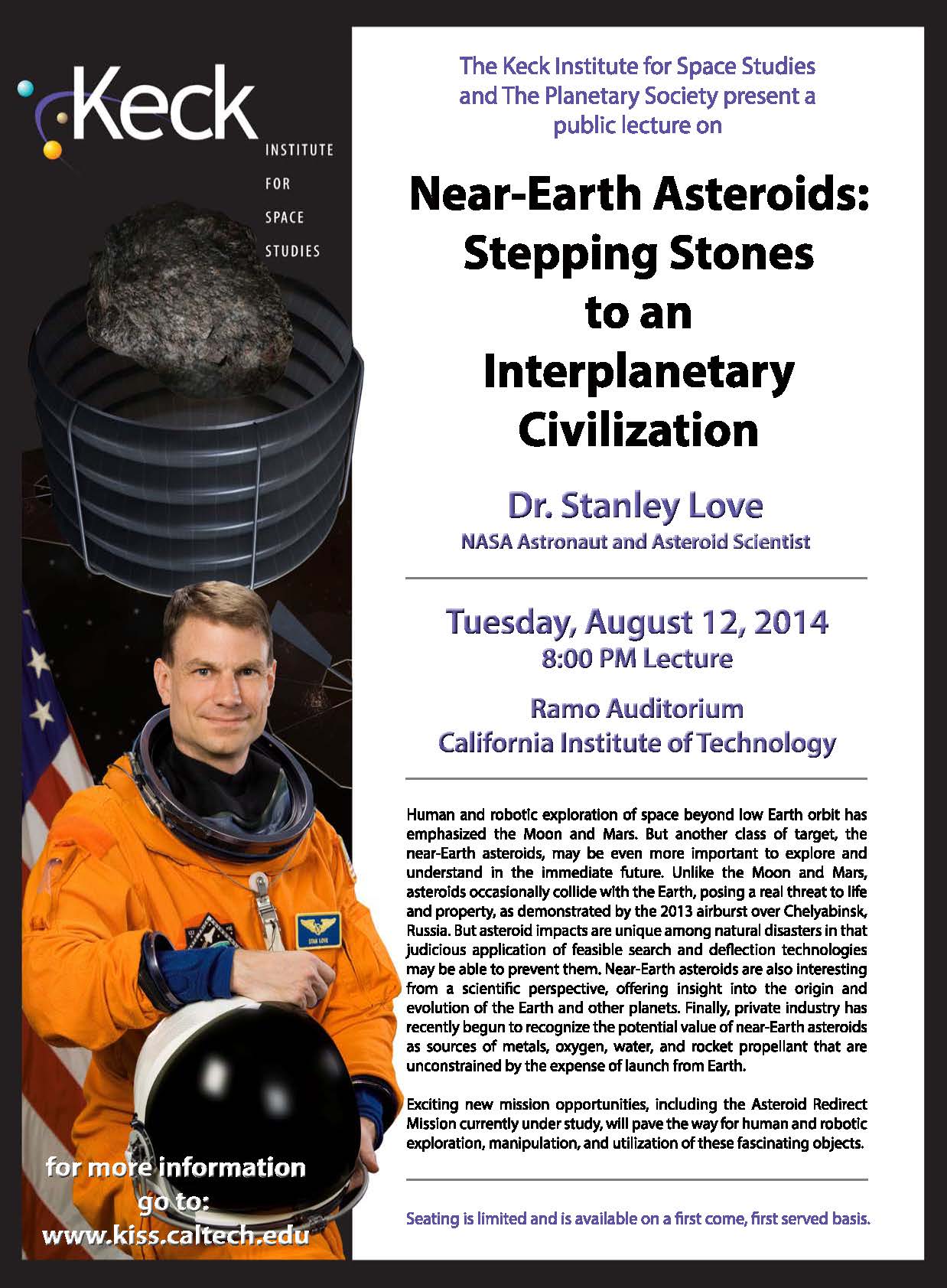 Human and robotic exploration of space beyond low Earth orbit has emphasized the Moon and Mars. But another class of target, the near-Earth asteroids, may be even more important to explore and understand in the immediate future. Unlike the Moon and Mars, asteroids occasionally collide with the Earth, posing a real threat to life and property, as demonstrated by the 2013 airburst over Chelyabinsk, Russia. But asteroid impacts are unique among natural disasters in that judicious application of feasible search and deflection technologies may be able to prevent them. Near-Earth asteroids are also interesting from a scientific perspective, offering insight into the origin and evolution of the Earth and other planets. Finally, private industry has recently begun to recognize the potential value of near-Earth asteroids as sources of metals, oxygen, water, and rocket propellant that are unconstrained by the expense of launch from Earth.

Exciting new mission opportunities, including the Asteroid Redirect Mission currently under study at JPL, will pave the way for human and robotic exploration, manipulation, and utilization of these fascinating objects.

Stanley Love earned a Bachelor of Science degree in Physics from Harvey Mudd College in Claremont, California, in 1987. Attended graduate school in Astronomy at the University of Washington in Seattle, receiving a Master of Science degree in 1989 and a Doctor of Philosophy degree in 1993. Selected by NASA in June 1998, Dr. Love reported for training in August 1998. In his first technical assignment (1999), Dr. Love served the Astronaut Office as a representative to the Environmental Control and Life Support Systems engineering group, preparing for the first crews aboard the International Space Station. That work led to an appointment (2000) as a CAPCOM in Mission Control for station Expeditions 1 to 7 and for shuttle missions STS-104 (ISS-7A), STS-108 (ISS-UF-1) and STS-112 (ISS-9A). After STS-122, Dr. Love served as Crew Support Astronaut for the space station Expedition 18 crew and resumed duty as CAPCOM for station Expeditions 17, 18 and 22 to 26 and for Shuttle missions STS-127/ISS-2JA, STS-128/ISS-17A, STS-129/ISS-ULF3, STS-131/ISS-19A, STS-132/ISS-ULF4, STS-133/ISS-ULF5, STS-134/ISS-ULF6, and STS-135/ISS-ULF7 (the final shuttle flight). After leaving active flight status in 2010, Dr. Love served as a rover crew member in the Desert Research And Technology Studies simulated lunar surface mission in the Arizona desert and piloted DeepWorker submersibles for the Pavilion Lake Research Project in British Columbia. In 2011, he served as crew office representative to the Space Launch System program team and participated in efforts to human-rate the Atlas V rocket. He reprised his role as sub pilot for the 16th NASA Extreme Environment Mission Operations (NEEMO) test, which was located off Key Largo, Florida, in 2012.