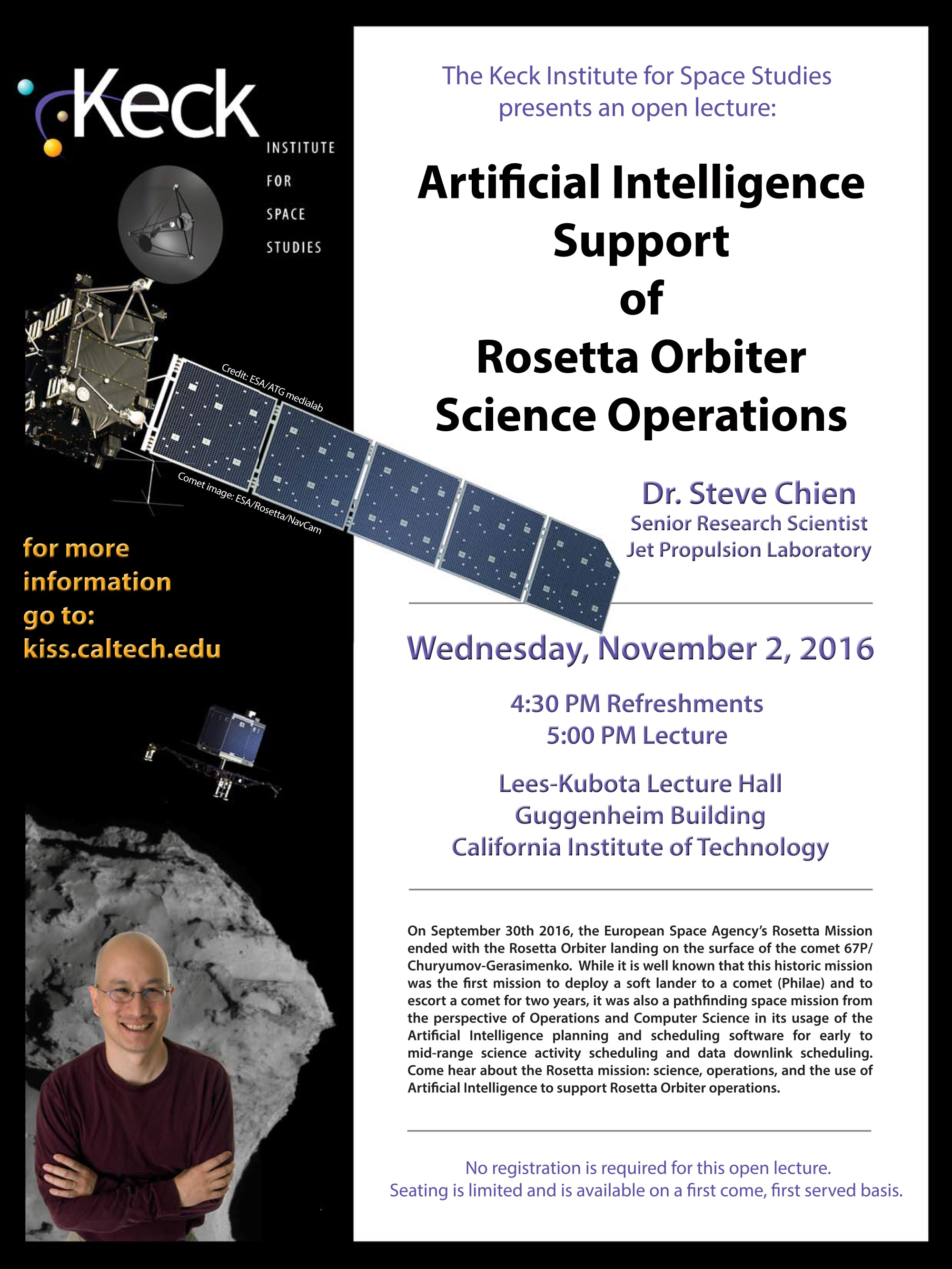 On September 30th 2016, the European Space Agency’s Rosetta Mission ended with the Rosetta Orbiter landing on the surface of the comet 67P/ Churyumov-Gerasimenko. While it is well known that this historic mission was the first mission to deploy a soft lander to a comet (Philae) and to escort a comet for two years, it was also a pathfinding space mission from the perspective of Operations and Computer Science in its usage of the Artificial Intelligence planning and scheduling software for early to mid-range science activity scheduling and data downlink scheduling. Come hear about the Rosetta mission: science, operations, and the use of Artificial Intelligence to support Rosetta Orbiter operations.

Dr. Steve Chien is a Senior Research Scientist at the Jet Propulsion Laboratory, California Institute of Technology where he leads efforts in autonomous systems for space exploration. Dr. Chien has received numerous awards for his research in space autonomous systems including: NASA Medals in 1997, 2000, 2007, and 2015; he is a four time honoree in the NASA Software of the Year competition; and in 2011 he was awarded the inaugural AIAA Intelligent Systems Award. He has led the deployment of ground and flight autonomy software to numerous missions including the Autonomous Sciencecraft/Earth Observing One, WATCH/Mars Exploration Rovers, Earth Observing Sensorwebs, IPEX, and ESA’s Rosetta.

Seating is available on a first come, first served basis and is open to the public.