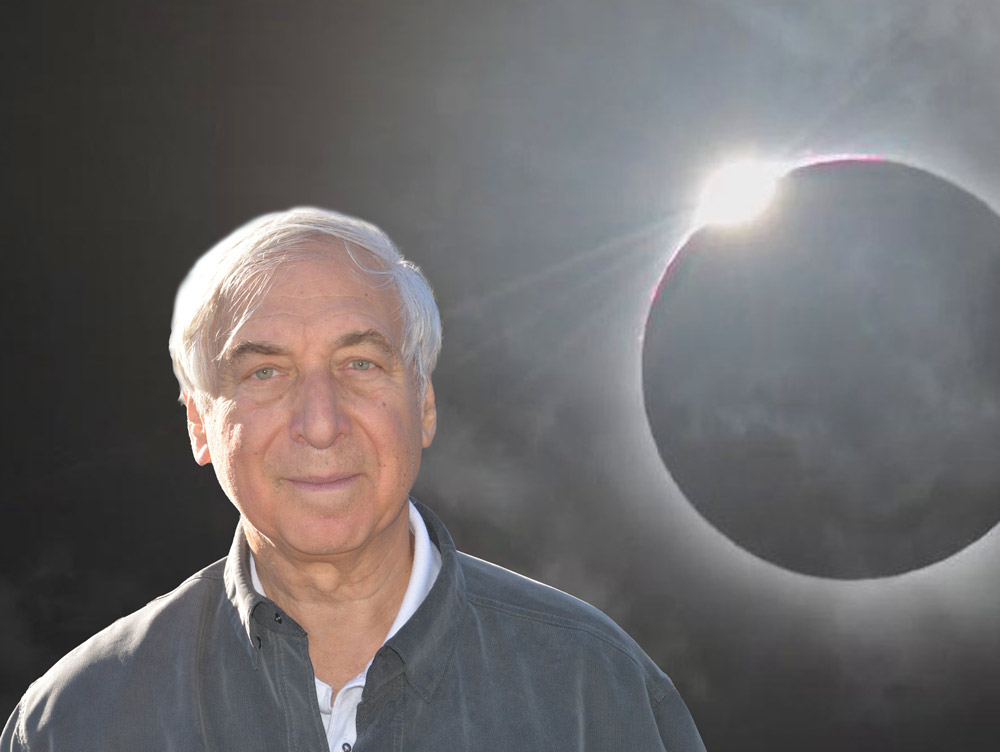 Heliophysics and the Great American Total Solar Eclipse of 2017 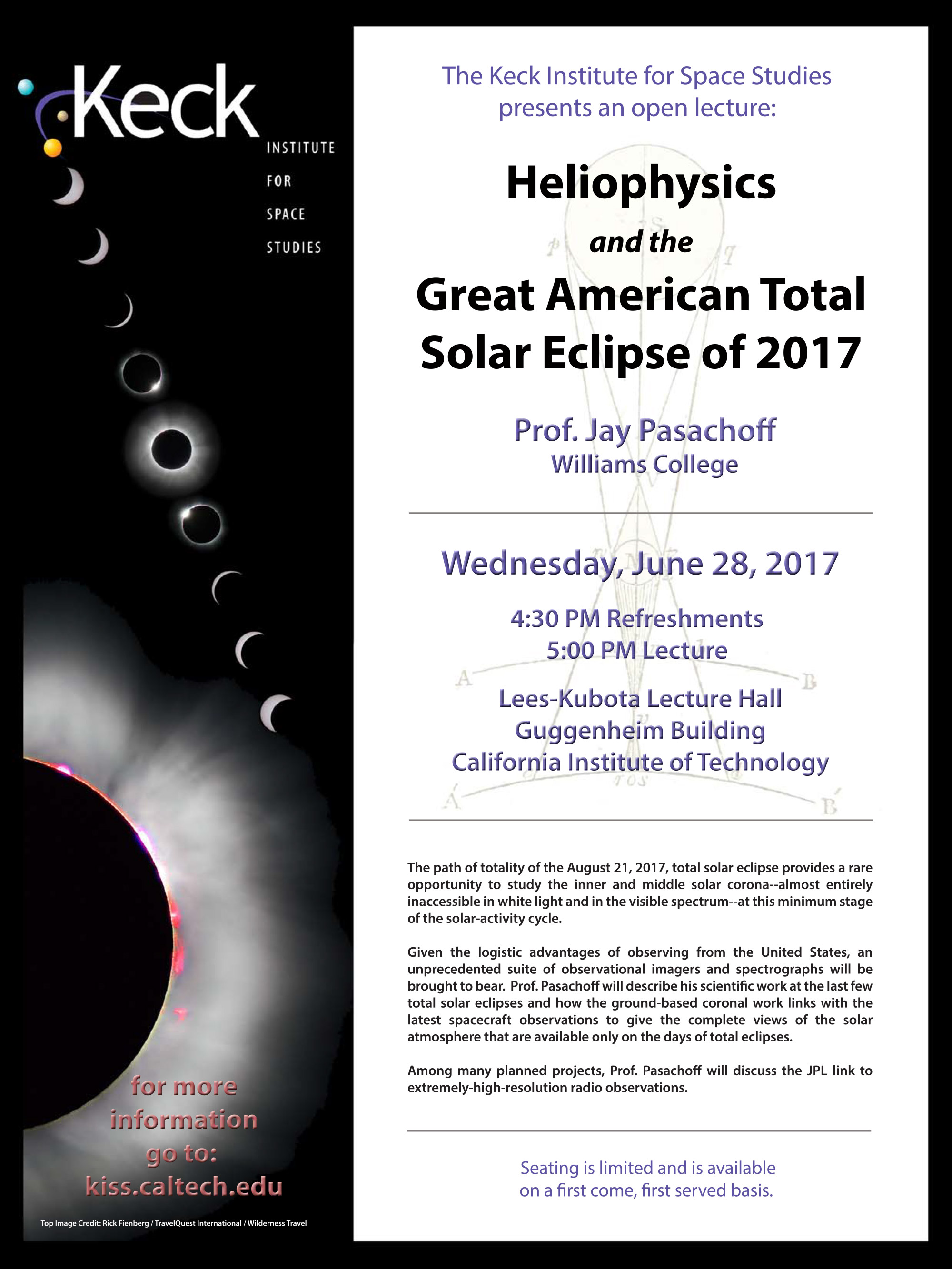 The path of totality of the August 21, 2017, total solar eclipse provides a rare opportunity to study the inner and middle solar corona--almost entirely inaccessible in white light and in the visible spectrum--at this minimum stage of the solar-activity cycle.  Given the logistic advantages of observing from the United States, an unprecedented suite of observational imagers and spectrographs will be brought to bear.  I will describe our scientific work at the last few total solar eclipses and how the ground-based coronal work links with the latest spacecraft observations to give the complete views of the solar atmosphere that are available only on the days of total eclipses.  Among many planned projects, I will discuss the JPL link to extremely-high-resolution radio observations.

Jay Pasachoff is the Field Memorial Professor of Astronomy at Williams College, director of the Hopkins Observatory there, and a Visitor in the Department of Planetary Sciences of Caltech, where he was a postdoc in astrophysics decades go.  The August 21 event will be his 66th solar eclipse.  His A.B., A.M., and Ph.D. were from Harvard; he had postdocs at Harvard and Caltech; and he had sabbaticals at Caltech, the Institute for Advanced Study, the Harvard-Smithsonian Center for Astrophysics, and the Institute for Astronomy of the University of Hawaii.  His primary studies have been of the solar atmosphere from the ground and from space; he has also in recent years been heavily involved in occultation observations of the atmosphere of Pluto and of other objects in the outer solar system, most recently in the June observations from Argentina of an occultation by NASA's New Horizons' next target: 2014 MU69.  His eclipse research is currently supported by grants from the Solar Terrestrial Program of the Atmospheric and Geospace Sciences Division of NSF and from the Committee for Research and Exploration of the National Geographic Society; his outer-solar-system research is currently supported by a grant from the Planetary Astronomy program of NASA.