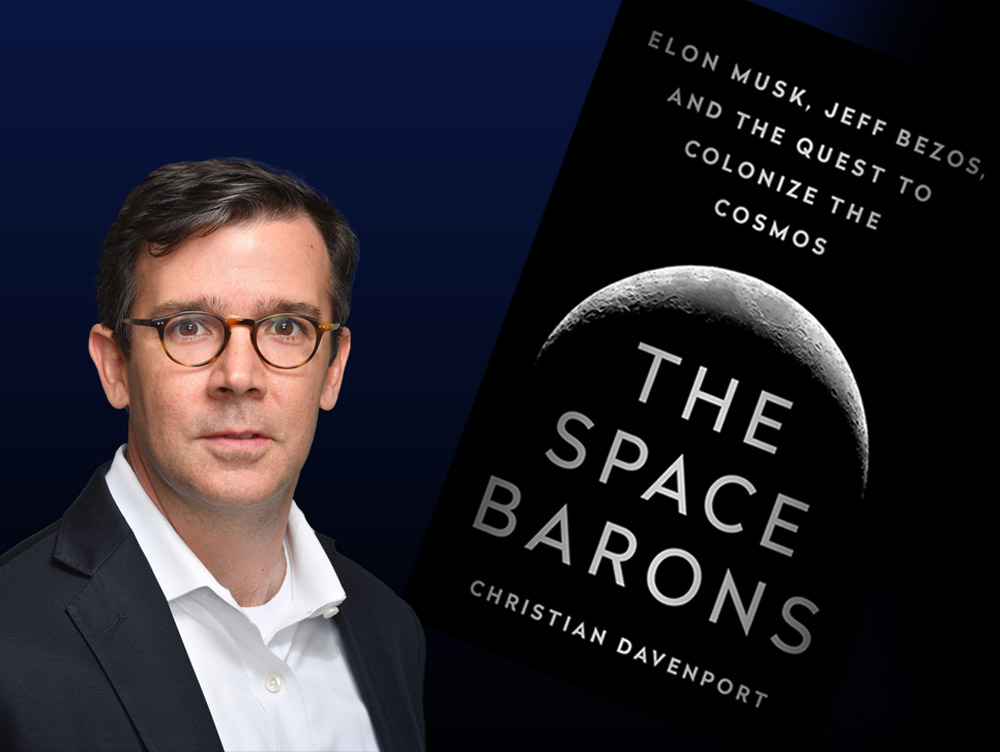 The Space Barons and the New Space Age 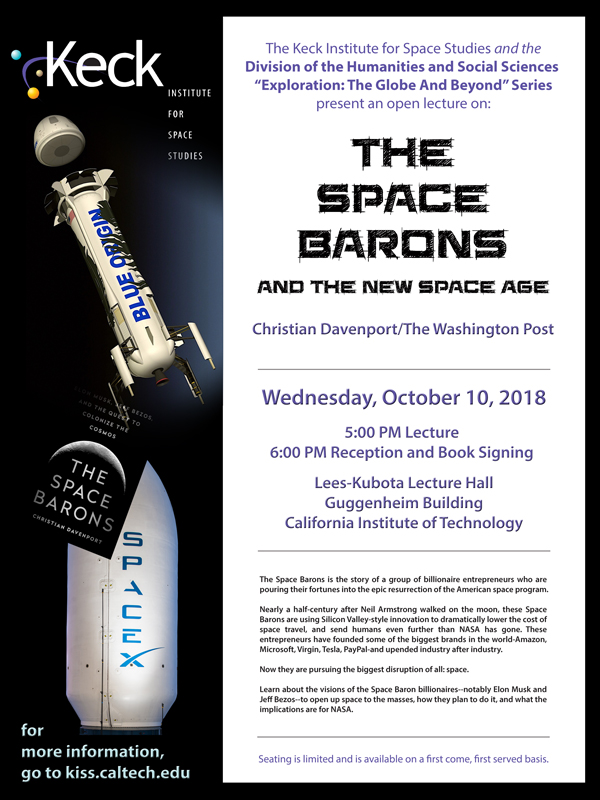 The Space Barons is the story of a group of billionaire entrepreneurs who are pouring their fortunes into the epic resurrection of the American space program.  Nearly a half-century after Neil Armstrong walked on the moon, these Space Barons are using Silicon Valley-style innovation to dramatically lower the cost of space travel, and send humans even further than NASA has gone. These entrepreneurs have founded some of the biggest brands in the world-Amazon, Microsoft, Virgin, Tesla, PayPal-and upended industry after industry.

Now they are pursuing the biggest disruption of all: space.

Learn about the visions of the Space Baron billionaires--notably Elon Musk and Jeff Bezos--to open up space to the masses, how they plan to do it, and what the implications are for NASA.

Christian Davenport is a staff writer at The Washington Post covering the defense and space industries for the Financial desk. He joined The Post in 2000, and has written about the DC-area sniper shootings, the Abu Ghraib prison scandal and the burial problems at Arlington National Cemetery. He was on a team that won the Peabody award in 2010 for its work on veterans with Traumatic Brain Injury and has been on reporting teams that were finalists for the Pulitzer Prize three times.

Before joining the Financial staff, Christian was an editor on the Metro desk, overseeing coverage of local government and politics. He has also worked at Newsday, the Philadelphia Inquirer and the Austin American-Statesman. He is the author of two books, “The Space Barons: Jeff Bezos, Elon Musk and the Quest to Colonize the Cosmos” (2018) and “As You Were: To War and Back with the Black Hawk Battalion of the Virginia National Guard” (2009). He has served as a Public Policy Scholar at the Woodrow Wilson International Center for Scholars and a fellow at the Alicia Patterson Foundation.

As frequent radio and television commentator, he has appeared on MSNBC, CNN, PBS’ NewsHour and several NPR shows, including All Things Considered, Marketplace and Diane Rehm. A graduate of Colby College, he now lives in Washington, D.C. with his wife and three children.

This lecture is sponsored by the Division of the Humanities and Social Sciences “Exploration: The Globe And Beyond” Series and the Keck Institute for Space Studies.