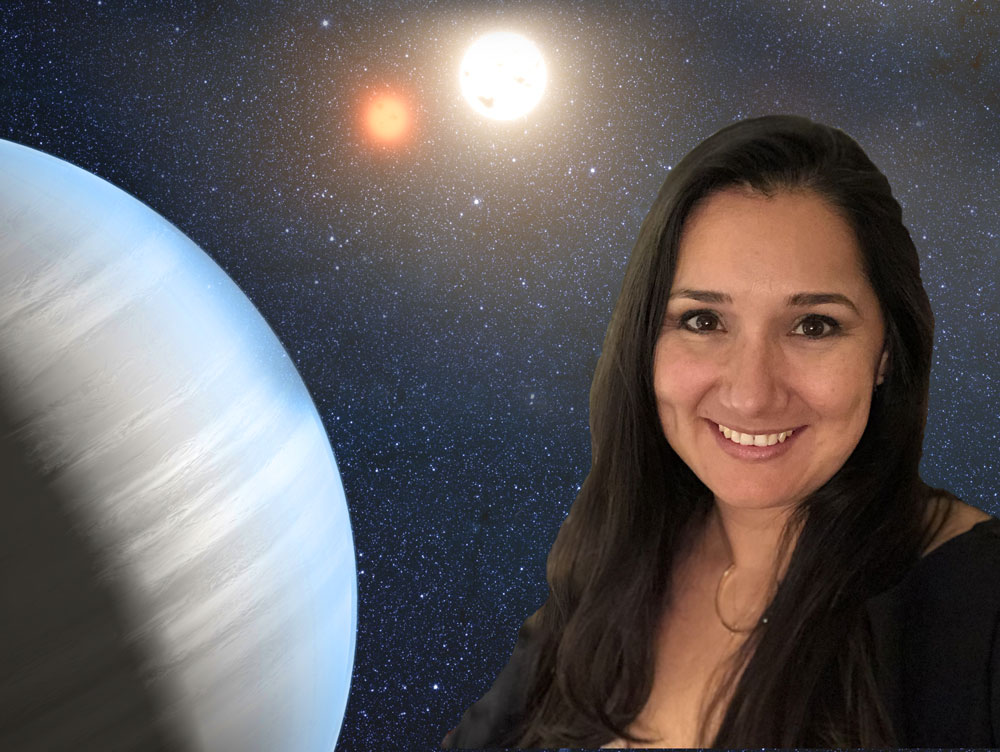 Dusty Planetary Systems and the Hunt for Planets 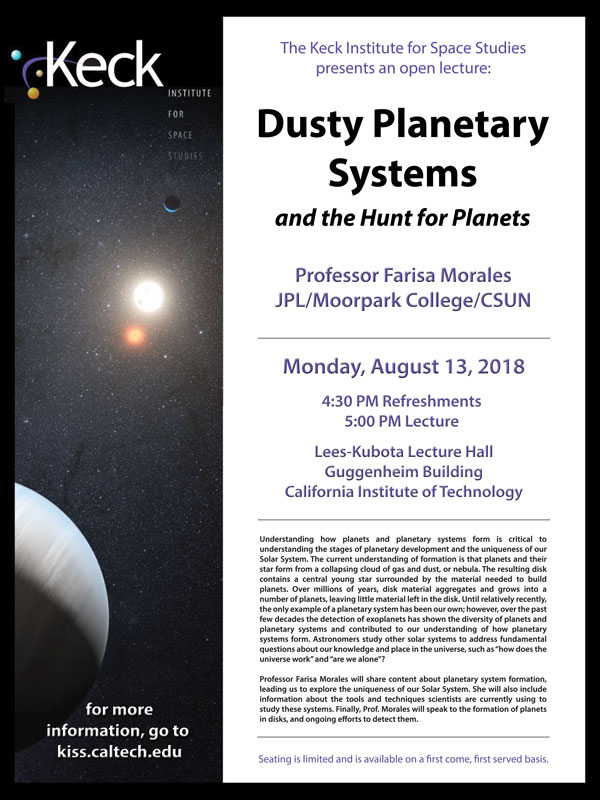 Understanding how planets and planetary systems form is critical to understanding the stages of planetary development and the uniqueness of our Solar System. The current understanding of formation is that planets and their star form from a collapsing cloud of gas and dust, or nebula. The resulting disk contains a central young star surrounded by the material needed to build planets. Over millions of years, disk material aggregates and grows into a number of planets, leaving little material left in the disk. Many contributions to the study of protoplanetary disks and planet formation have come from infrared views, such as those from the Spitzer Space Telescope, which can peer through dust clouds, and is celebrating its 16th anniversary this fall. Until relatively recently, the only example of a planetary system has been our own; however, over the past few decades the detection of exoplanets has shown the diversity of planets and planetary systems and contributed to our understanding of how planetary systems form. Astronomers study other solar systems to address fundamental questions about our knowledge and place in the universe, such as “how does the universe work” and “are we alone”?

Professor Farisa Morales will share content about planetary system formation, leading us to explore the uniqueness of our Solar System. The briefing will also include information about the tools and techniques scientists use to study these systems. She will also speak to the formation of planets in disks, and ongoing efforts to detect them.

Dr. Farisa Morales is a professor at California State University, Northridge (CSUN) and Moorpark College and is an active astrophysicist who hunts for planets at NASA’s Jet Propulsion Laboratory (JPL). Using space- and ground-based observatories, Morales studies stars surrounded by planetary debris systems—the dusty ring-like structures, home to colliding asteroids and sublimating comets, that circle stars like the Sun, and hint at planet formation processes, their architecture and composition. Morales also searches for the planetary companions, stirring the dust, glowing in the infrared. She uses the powerful 10-meter Keck Observatory on Mauna Kea in Hawaii and the 5-meter Hale Telescope at Palomar Mountain in California. These telescopes have been adapted with optics that enable us to mask the star’s intense radiation and see the faint infrared light from the orbiting planets. Morales has a Bachelor's degree in Astrophysics from UCLA, a Master’s degree in Physics from CSUN and a PhD in Physics from USC.