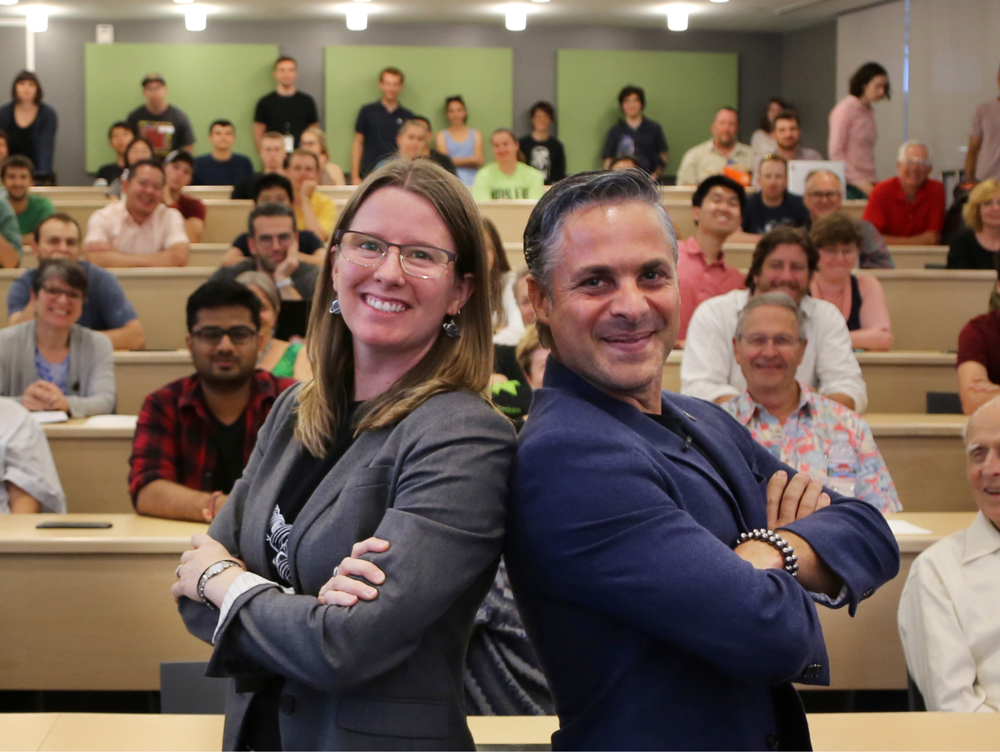 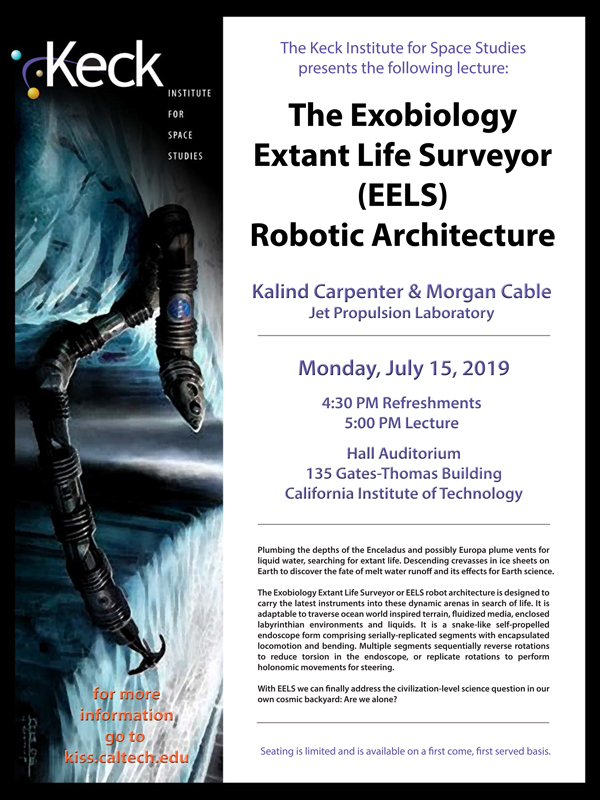 Plumbing the depths of the Enceladus and possibly Europa plume vents for liquid water, searching for extant life. Descending crevasses in ice sheets on Earth to discover the fate of melt water runoff and its effects for Earth science. The Exobiology Extant Life Surveyor or EELS robot architecture is designed to carry the latest instruments into these dynamic arenas in search of life. It is adaptable to traverse ocean world inspired terrain, fluidized media, enclosed labyrinthian environments and liquids. It is a snake-like self-propelled endoscope form comprising serially-replicated segments with encapsulated locomotion and bending. Multiple segments sequentially reverse rotations to reduce torsion in the endoscope, or replicate rotations to perform holonomic movements for steering. We will produce first of its kind compliant Archimedes screw propulsion units that act as wheels, tracks, gripping mechanisms, and propelling units under water working as propellers. With EELS we can finally address the civilization-level science question in our own cosmic backyard: Are we alone?

Kalind Carpenter is a Robotics Engineer in the robotic Vehicles and Manipulators group at JPL. The lab he has helped create focuses on rapid technology development and end effectors specifically tailored to gripping and extreme surface mobility. He is the principal investigator (PI) of the Exobiology Extant Life Surveyor (EELS), a snakelike robot aimed to access Enceladus’s ocean through an active plume. He has collaborated on four patents including two based on his thesis research and has three more provisional patents in place.

Dr. Morgan Cable is a Research Scientist at the NASA Jet Propulsion Laboratory in Pasadena, California. She worked on the Cassini Mission as a Project Science Systems Engineer, and is currently a member of the Project Science Team for the Europa Lander mission concept.  Morgan’s research focuses on organic and biomarker detection, through both in situ and remote sensing techniques. While earning her Ph.D. in Chemistry at Caltech, she designed receptor sites for the detection of bacterial spores, the toughest form of life. As a NASA Postdoctoral Fellow at JPL, Morgan developed novel protocols to analyze organic molecules such as amines and fatty acids using small, portable microfluidic sensors. Currently Dr. Cable performs laboratory experiments to study the unique organic chemistry of Titan, a moon of Saturn. She and colleagues were the first to discover a co-crystal, the equivalent of a ‘hydrated mineral’, made exclusively of organics that may exist on Titan’s surface. This work has led to the inception of a new field, Titan ‘petrology’. Morgan also conducts field work in extreme environments on Earth, searching for life in places such as the Atacama Desert, the summit of Mt. Kilimanjaro and the lava fields in Iceland.