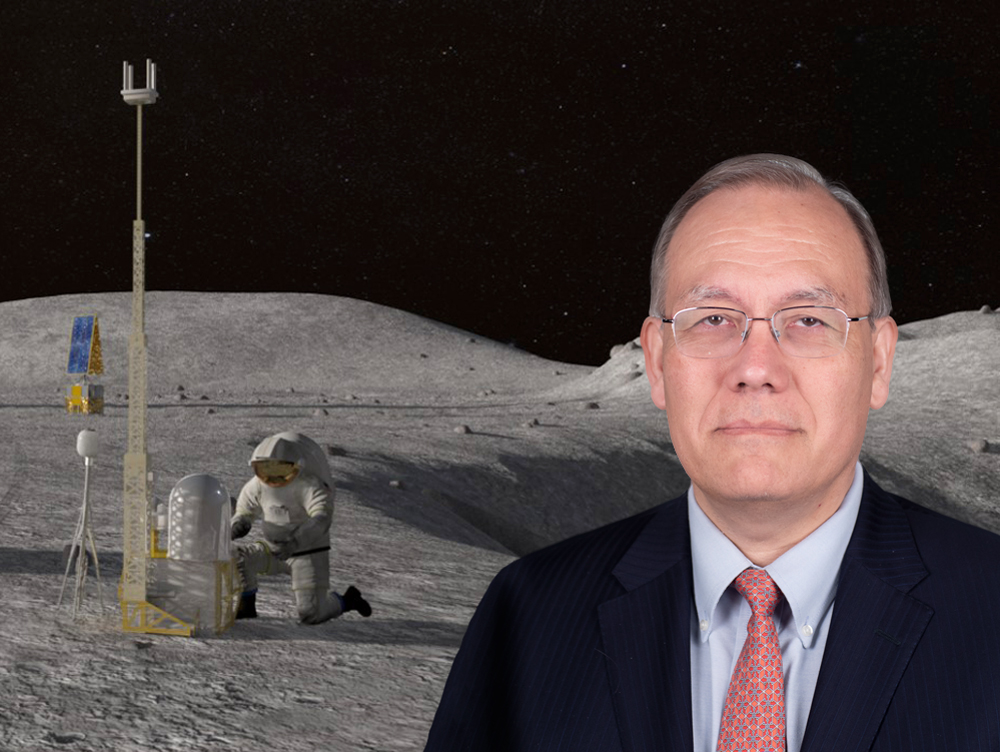 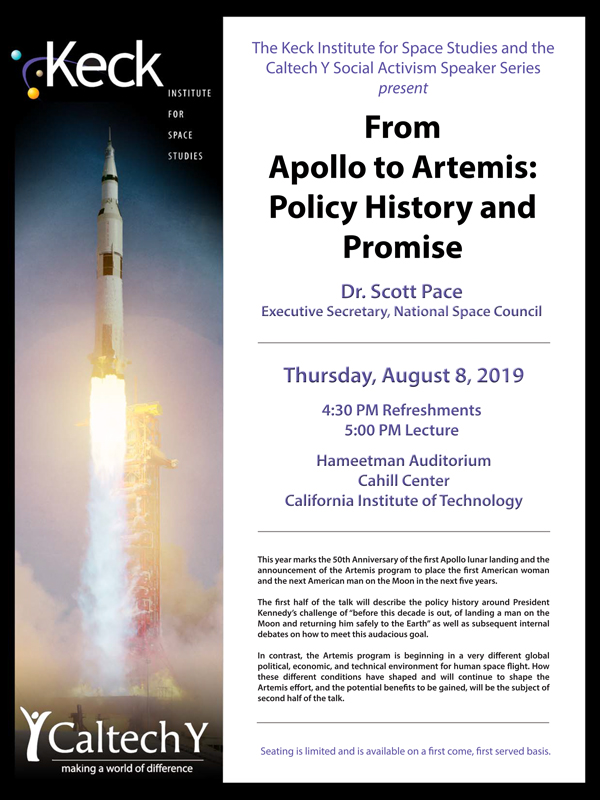 This year marks the 50th Anniversary of the first Apollo lunar landing and the announcement of the Artemis program to place the first American woman and the next American man on the Moon in the next five years. The first half of the talk will describe the policy history around President Kennedy’s challenge of “before this decade is out, of landing a man on the Moon and returning him safely to the Earth” as well as subsequent internal debates on how to meet this audacious goal. In contrast, the Artemis program is beginning in a very different global political, economic, and technical environment for human space flight. How these different conditions have shaped and will continue to shape the Artemis effort, and the potential benefits to be gained, will be the subject of second half of the talk.

This lecture is sponsored by the Caltech Y Social Activism Speaker Series and the Keck Institute for Space Studies.

Dr. Scott Pace is the Executive Secretary for the National Space Council.  The Council is chaired by Vice President Michael Pence.  He began this position in August 2017.

Dr. Pace was formerly the Director of the Space Policy Institute and a Professor of the Practice of International Affairs at George Washington University’s Elliott School of International Affairs from 2008-2017.  From 2005-2008, he served as the Associate Administrator for Program Analysis and Evaluation at NASA.  Prior to NASA, Dr. Pace was the Assistant Director for Space and Aeronautics in the White House Office of Science and Technology Policy (OSTP).

From 1993-2000, Dr. Pace worked for the RAND Corporation's Science and Technology Policy Institute (STPI).  From 1990 to 1993, Dr. Pace served as the Deputy Director and Acting Director of the Office of Space Commerce, in the Office of the Deputy Secretary of the Department of Commerce.  He received a Bachelor of Science degree in Physics from Harvey Mudd College in 1980; Masters degrees in Aeronautics & Astronautics and Technology & Policy from the Massachusetts Institute of Technology in 1982; and a Doctorate in Policy Analysis from the RAND Graduate School in 1989.

Dr. Pace received the NASA Outstanding Leadership Medal in 2008, the U.S. Department of State’s Group Superior Honor Award, GPS Interagency Team, in 2005, and the NASA Group Achievement Award, Columbia Accident Rapid Reaction Team, in 2004.  He has been a member of the U.S. Delegation to the World Radiocommunication Conferences in 1997, 2000, 2003, and 2007.  He was also a member of the U.S. Delegation to the Asia-Pacific Economic Cooperation Telecommunications Working Group, 1997-2000.  More recently, he served as a private sector advisor to the U.S. Delegation to the UN Committee on the Peaceful Uses of Outer Space in 2009, and 2011-17.  Dr. Pace was a member of the NOAA Advisory Committee on Commercial Remote Sensing (ACCRES) and served as a senior advisor to the Position, Navigation, and Timing (PNT) Advisory Board for the U.S. PNT Executive Committee.

Dr. Pace is a former member of the Board of Trustees, Universities Space Research Association, a former Trustee of the Summer Science Program Inc., a Member of the International Academy of Astronautics, and an Associate Fellow of the American Institute of Aeronautics and Astronautics. 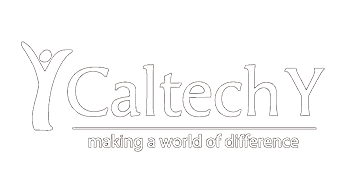