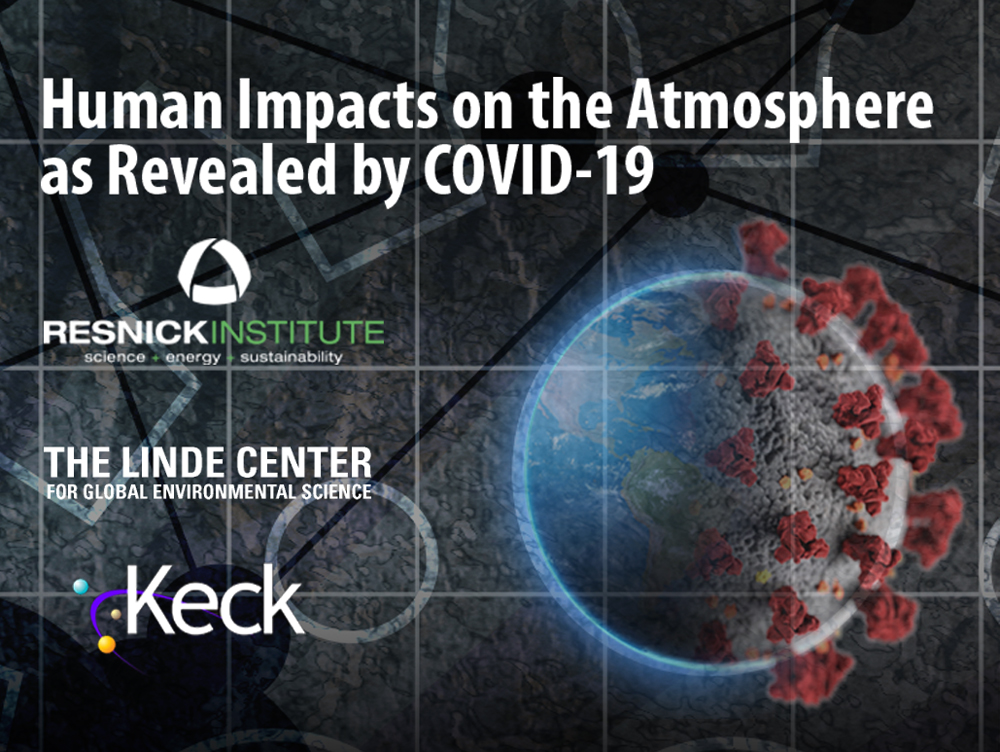 Webinar: Human Impacts on the Atmosphere as Revealed by COVID-19 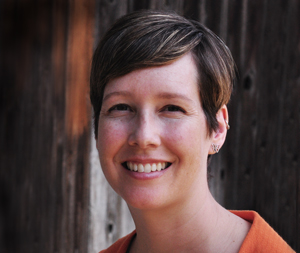 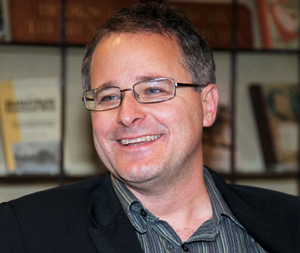 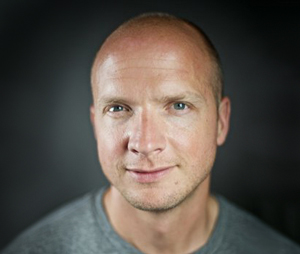 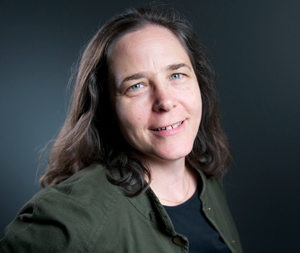 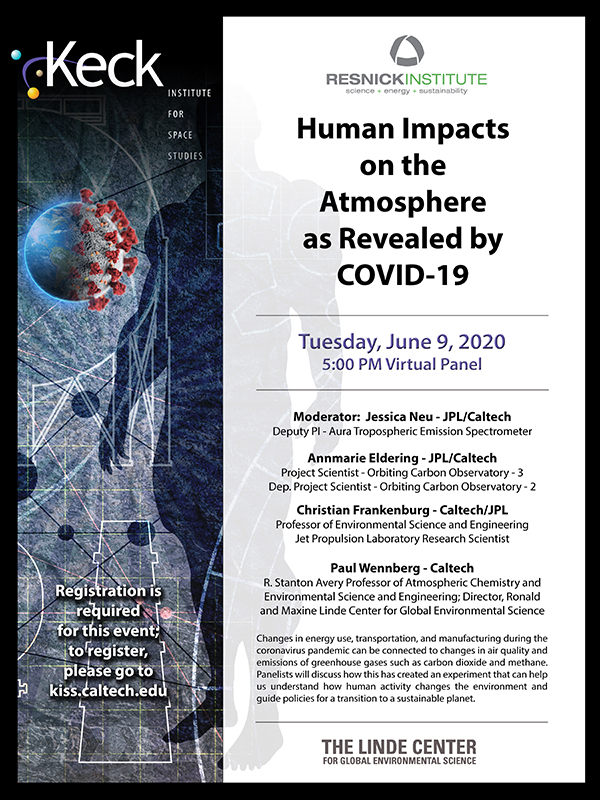 Changes in energy use, transportation, and manufacturing during the coronavirus pandemic can be connected to changes in air quality and emissions of greenhouse gases such as carbon dioxide and methane. Panelists will discuss how this has created an experiment that can help us understand how human activity changes the environment and guide policies for a transition to a sustainable planet.

This event is cosponsored by the Resnick Sustainability Institute, the Ronald and Maxine Linde Center for Global Environmental Science and the Keck Institute for Space Studies

Dr. Annmarie Eldering is the Deputy Project Scientist for the Orbiting Carbon Observatory-2 (OCO-2) and the Project Scientist for OCO-3. She received her Ph.D. in Environmental Engineering Science from Caltech in 1994 with a focus on air pollution and its impacts on visibility in Los Angeles. She has been at JPL since 1999, adapting her knowledge of radiative transfer and light scattering to algorithm development for the Tropospheric Emission Spectrometer (TES) as well as validation of AIRS data. She served as the TES Deputy PI and then PI between 2006 and 2010. That led to leadership roles as the Deputy Section Manager and Section Manager in Earth Atmospheric Sciences section before she joined the OCO–2 project in 2010. In her recent project and managements roles, she provides dynamic technical leadership for teams focused on the extraction of information about clouds, aerosols, and trace gases in the Earth's atmosphere. She is the Principal Investigator or a co-Investigator on a number of competitively awarded research tasks, and has worked on the development of a number of mission concepts.

Dr. Christian Frankenberg is the Professor of Environmental Science and Engineering at Caltech and a Research Scientist at JPL. His research is broadly focused on the global carbon cycle, especially using the vantage point from space (or air) to obtain a truly global (or regional) view on specific phenomena occuring at the interfacce between the Earth Surface (including terresial biosphere and anthropogenic activities) and the atmosphere. Dr. Frankenberg's current focus is on the study of solar induced chlorophyll fluorescence as well as atmospheric methane and carbon dioxide.

Dr. Jessica Neu is the Deputy Principal Investigator for Aura Tropospheric Emission Spectrometer (TES) at JPL. Her research focuses on understanding what controls the chemical composition of the atmosphere at the regional and global scale and, ultimately, how atmospheric composition will change with and feed-back onto changes in other components of the climate system. She employs a hierarchy of models of varying complexity in combination with measurements from both satellite remote sensing and in situ instruments, and her work encompasses a wide variety of techniques, including theoretical studies, numerical modeling, and analysis of observational data to address these issues. Her work has recently evolved to include data assimilation and adjoint modeling techniques to facilitate model-measurement intercomparison as well as Observing System Simulation Experiments to define science objective-based requirements for future satellite missions.

Prof. Paul Wennberg is the director of the Ronald and Maxine Linde Center for Global Environmental Science and the R. Stanton Avery Professor of Atmospheric Chemistry and Environmental Science and Engineering at Caltech. He is an atmospheric chemist who studies atmospheric photochemistry and the terrestrial carbon cycle. He leads the Total Carbon Column Observing Network (TCCON) – an effort to measure the distribution of greenhouse gases across the globe. This activity was organized in partnership with colleagues from around the world and with NASA's Orbiting Carbon Observatory satellite program.