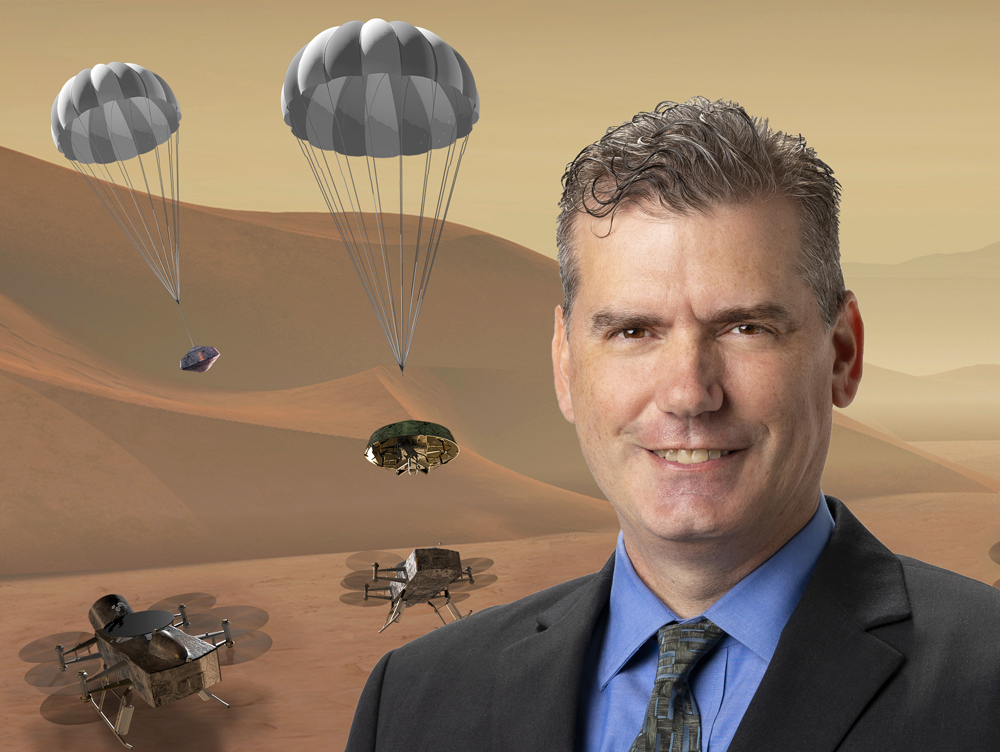 Webinar: Robotic Exploration of Titan with Dragonfly - An Overview of the Lander Mobility System 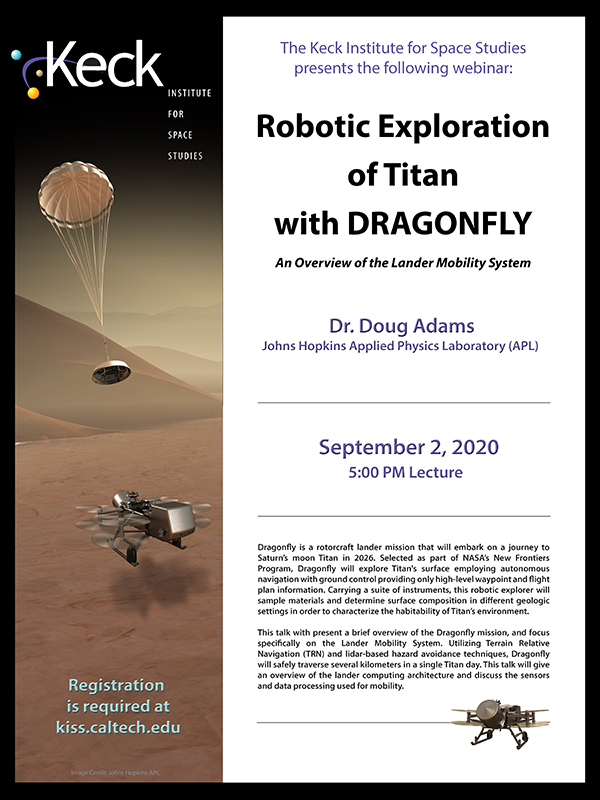 Dragonfly is a rotorcraft lander mission that will embark on a journey to Saturn’s moon Titan in 2026. Selected as part of NASA’s New Frontiers Program, Dragonfly will explore Titan's surface employing autonomous navigation with ground control providing only high-level waypoint and flight plan information. Carrying a suite of instruments, this robotic explorer will sample materials and determine surface composition in different geologic settings in order to characterize the habitability of Titan’s environment.

This talk will present a brief overview of the Dragonfly mission, and focus specifically on the Lander Mobility System. Utilizing Terrain Relative Navigation (TRN) and lidar-based hazard avoidance techniques, Dragonfly will safely traverse several kilometers in a single Titan day. Achieving this level of mobility requires on-board processing accelerated by a dedicated Navigation Co-Processor (NCP) working in conjunction with the flight computer. This talk will give an overview of the lander computing architecture and discuss the sensors and data processing used for mobility.

Douglas Adams is a member of the Principal Professional Staff in the Space Systems Engineering Group at the Johns Hopkins Applied Physics Laboratory (APL). He is currently serving as the Flight System Engineer for the Dragonfly mission, a radioisotope-powered octocopter that will explore the surface of Titan, Saturn’s largest moon, with a planned launch in 2026 and landing in 2034. At APL he also worked on the Europa Clipper project, the JPL-led Europa Lander study, the CORSAIR comet surface sample return New Frontiers proposal, and led the RAVEN Radar at Venus Discovery proposal. He earned his Ph.D. in Aeronautics and Astronautics at Purdue University, and spent 12 years at JPL in Pasadena, California, prior to joining APL. While at JPL he worked on numerous programs, including the Mars Exploration Rovers (MER), Spirit and Opportunity; served as the Entry, Descent, and Landing, Mechanical Systems Engineer for the Phoenix Mars Scout mission; and was the Parachute Cognizant Engineer for the Mars Science Laboratory (MSL), Curiosity rover.