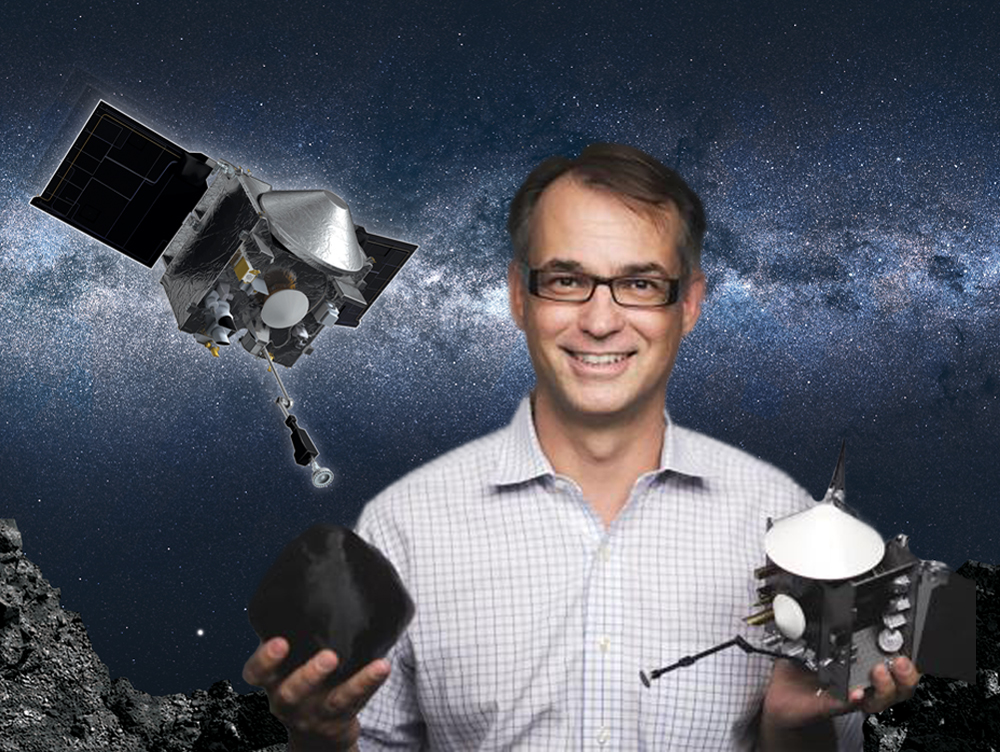 Dr. Dante Lauretta - Principal Investigator of the OSIRIS-REx mission; Professor of Planetary Science at the University of Arizona’s Lunar and Planetary Laboratory 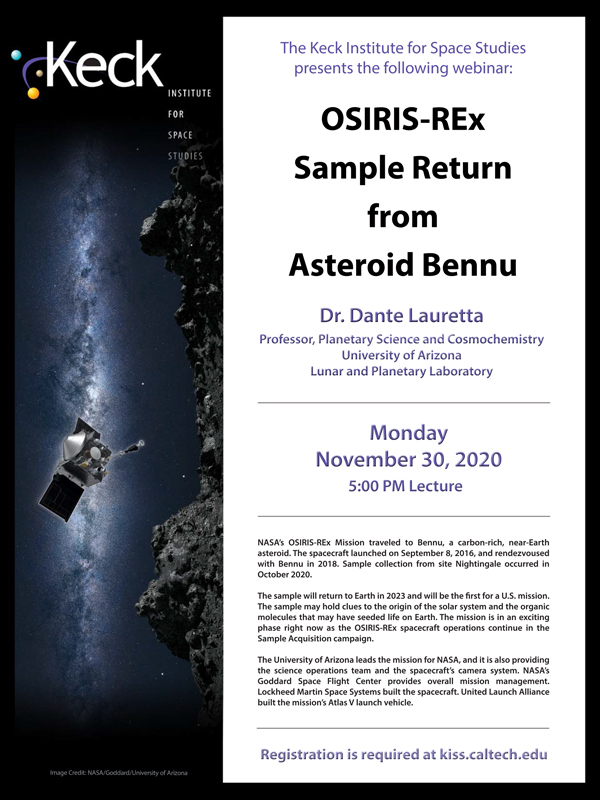 The OSIRIS-REx mission traveled to Bennu, a carbon-rich, near-Earth asteroid. The spacecraft launched on September 8, 2016, and rendezvoused with Bennu in 2018. Sample collection from site Nightingale occurred in October 2020.

The sample will return to Earth in 2023 and will be the first for a U.S. mission. The sample may hold clues to the origin of the solar system and the organic molecules that may have seeded life on Earth. The mission is in an exciting phase right now as the OSIRIS-REx spacecraft operations continue in the Sample Acquisition campaign.

Dante Lauretta is principal investigator of the OSIRIS-REx mission and a professor of planetary science at the University of Arizona’s Lunar and Planetary Laboratory. His research interests focus on the chemistry and mineralogy of asteroids and comets, and he is an expert in the analysis of extraterrestrial materials, including asteroid samples, meteorites and comet particles. Dr. Lauretta heads a research team at the UA working on this mission, which has included more than 100 undergraduate and graduate students.

The mission was selected in 2011, launched in 2016, and returns samples back to Earth in 2023. Successful sample collection (TAG) took place in October 2020. Sample analysis continues until 2025. This project will help ensure that the University of Arizona remains at the forefront of planetary exploration for the next decade.