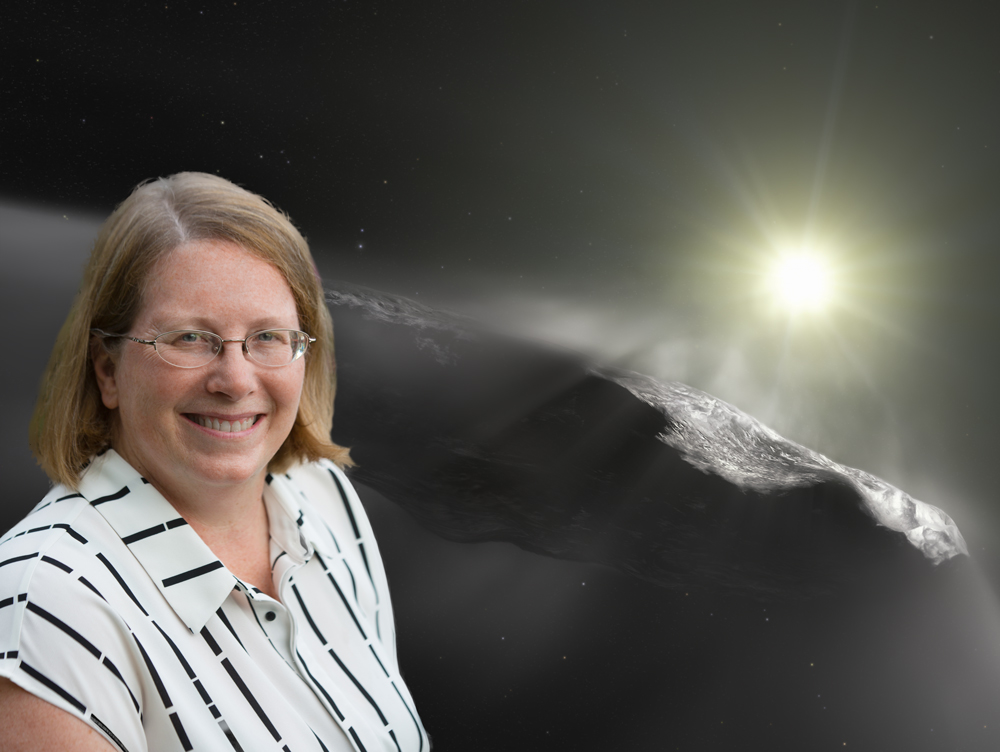 Interstellar Comets – Visitors from Another Solar System – Natural or Artificial? 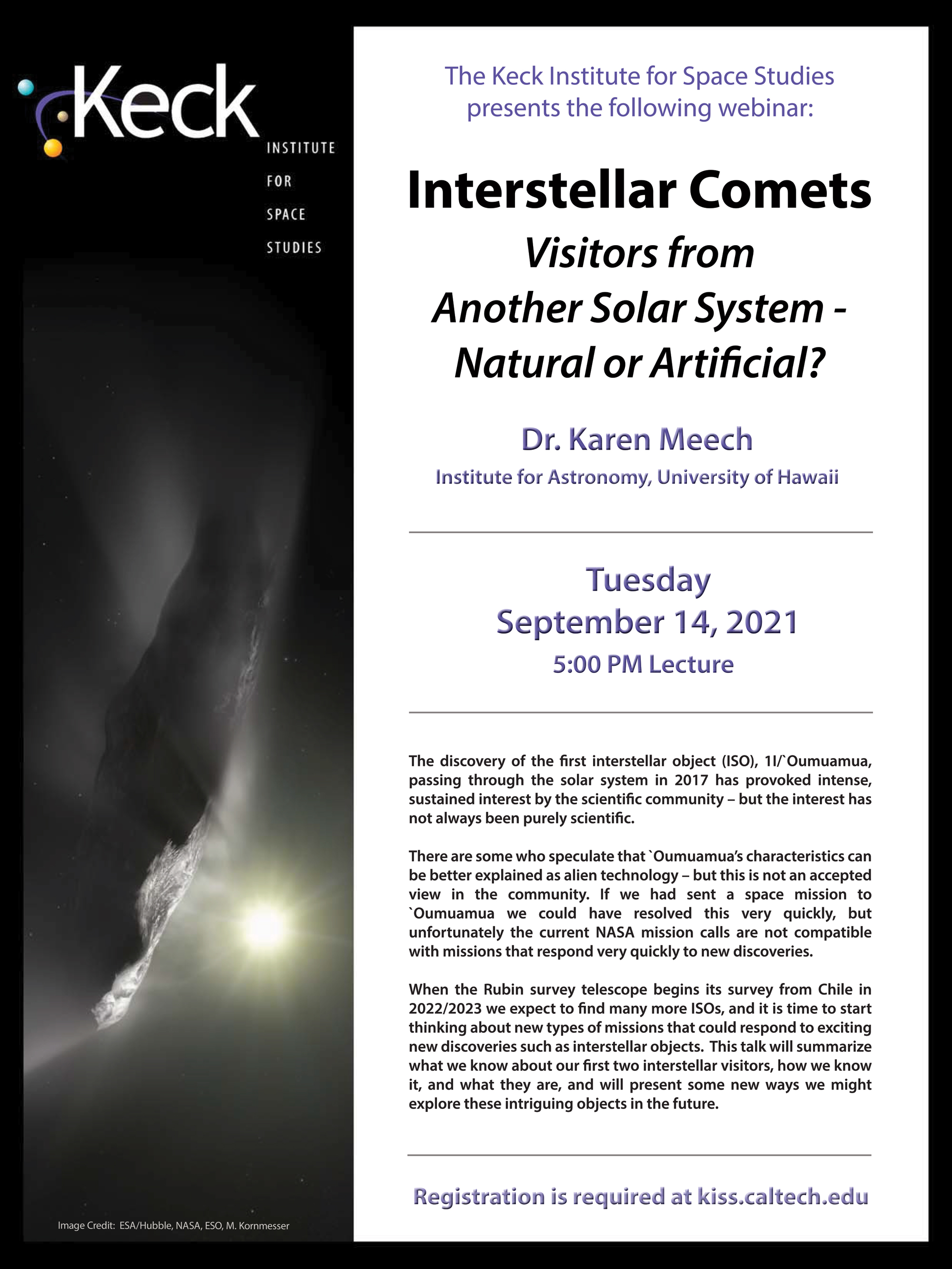 The recent discovery of the first interstellar object, 1I/`Oumuamua, passing through the solar system in 2017 has provoked intense, sustained interest by the scientific community – but the interest has not always been purely scientific. `Oumuamua was visible to ground based telescopes for less than a month, and a little longer from space. After this short period of study `Oumuamua’s characteristics were quite different from what scientists expected from the first interstellar object (ISO). There have been a huge number of papers written about this one object, energizing a new interdisciplinary discussion about planet formation. ISOs enable the close up study of material from other planetary systems, allowing us to assess similarities and differences in the chemistry and physical processes driving planetary growth in other planetary systems. The second ISO, 2I/Borisov, was discovered less than 2 years after the first, much sooner than expected, and has characteristics which are very different from the first ISO, looking more like a solar system comet.

There are some who speculate that `Oumuamua’s characteristics can be better explained as alien technology – but this is not an accepted view in the community. If we had sent a space mission to `Oumuamua we could have resolved this very quickly, but unfortunately the current NASA mission calls are not compatible with missions that respond very quickly to new discoveries.

When the Rubin survey telescope begins its survey from Chile in 2022/2023 we expect to find many more ISOs, and it is time to start thinking about new types of missions that could respond to exciting new discoveries such as interstellar objects. This talk will summarize what we know about our first two interstellar visitors, how we know it, and what they are, and will present some new ways we might explore these intriguing objects in the future.

Karen Meech is an astronomer/astrobiologist who investigates how habitable worlds form, exploring the bigger picture of whether there is life elsewhere. She uses the left-over pieces from our solar system’s formation to understand how habitable planets are made. She started her astronomical career investigating comets, the icy leftovers from the birth of our solar system. Her work led to an understanding of many of the processes that cause the beautiful tails to develop far from our Sun and was Co-Investigator on three comet missions: Deep Impact, EPOXI and Stardust-NExT. In addition to her science role on these missions she coordinated major ground and space-based observing campaigns in support of the missions. Her discoveries provide information to test our understanding of how planetary systems are assembled. Now her work has embraced the power of interdisciplinary science and she is combining geological field work, geochemistry, astronomical observations, theory and space mission concepts to address fundamental questions about how Earth got its water. This includes the development of a Discovery class mission to explore water in the main asteroid belt. More recently she has been leading teams observing and characterizing interstellar objects. She obtained her BA in Space Physics from Rice University and her Ph.D. in planetary physics from MIT. After MIT she obtained a faculty position at the University of Hawaii’s Institute for Astronomy, where she is an Astronomer, and the current Interim Director. She’s won numerous awards including the Heaps Prize in Physics, the Annie Jump Cannon Award, the Harold C. Urey Prize (AAS/DPS), the William Tylor Olcott Distinguished Service Award of the AAVSO, the IfA Director’s Research Excellence Award, the UH Regent’s Medal for Research Excellence and ARCS Scientist of the year, in addition to two NASA Group Achievement Awards for work on the EPOXI and Stardust-NExT missions.