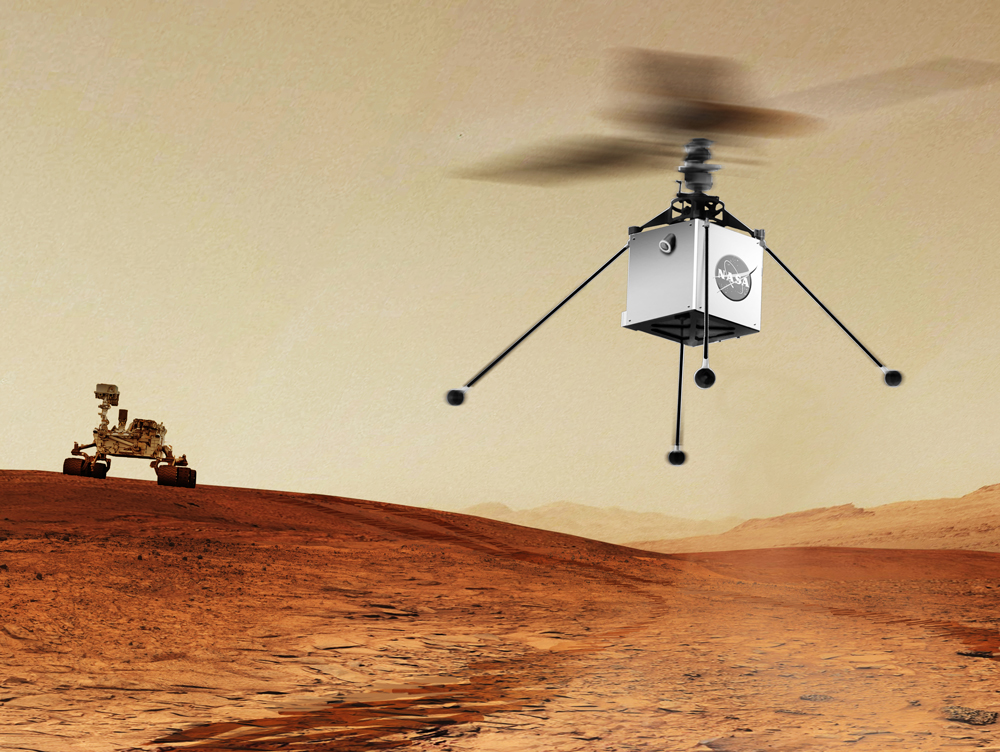 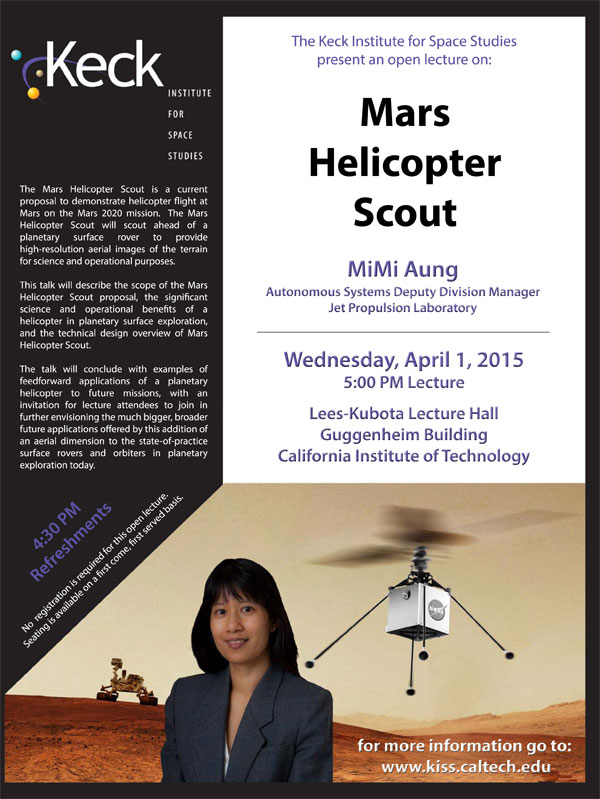 The talk will conclude with examples of feedforward applications of a planetary helicopter to future missions, with an invitation for lecture attendees to join in further envisioning the much bigger, broader future applications offered by this addition of an aerial dimension to the state-of-practice surface rovers and orbiters in planetary exploration today.

MiMi Aung is Mars Helicopter Scout proposal lead. She received her B.S. (1988) and M.S. (1990) in Electrical Engineering from University of Illinois, and has been with the Jet Propulsion Laboratory since then. She is currently the deputy manager of the Autonomous Systems Division. Prior to that, she was the manager of the Guidance and Control Section. In the past 24 years at JPL, she has worked various roles in multiple disciplines within spacecraft, instruments and ground systems, including: Autonomous Systems, Guidance, Navigation & Control, Formation Flying, Radiometer Instrument, Optical Communications, Deep Space Signal Processing and Communications.