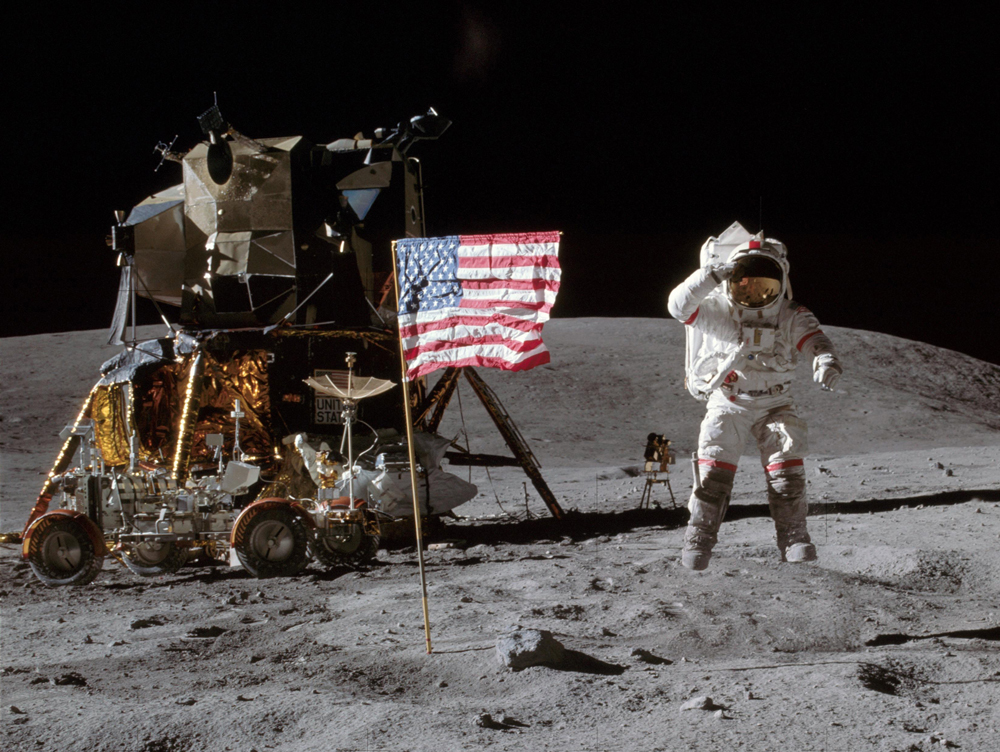 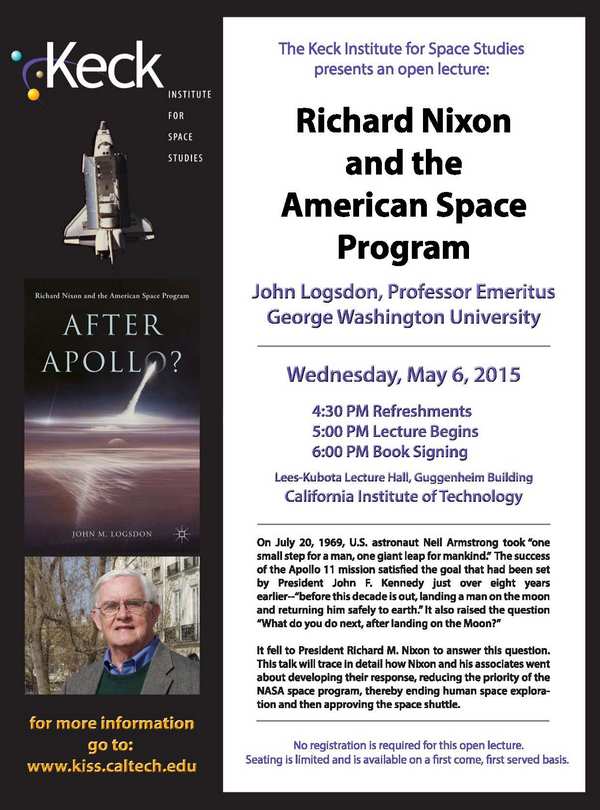 Professor Logsdon’s talk will be based on his new book After Apollo? Richard Nixon and the American Space Program. On July 20, 1969, U.S. astronaut Neil Armstrong took “one small step for a man, one giant leap for mankind.” The success of the Apollo 11 mission satisfied the goal that had been set by President John F. Kennedy just over eight years earlier--“before this decade is out, landing a man on the moon and returning him safely to earth.” It also raised the question “What do you do next, after landing on the Moon?” It fell to President Richard M. Nixon to answer this question. The talk will trace in detail how Nixon and his associates went about developing their response, reducing the priority of the NASA space program, thereby ending human space exploration and then approving the space shuttle. Nixon’s decisions made between 1969-1972 have defined the U.S. program of human space flight well into the twenty-first century. Those choices have thus had a much more lasting impact than did John Kennedy’s 1961 decision to go to the Moon. The factors leading to Kennedy’s decision are well understood, but that is not the case with respect to space policy-making under President Nixon. Logsdon’s book provides that understanding, and thus fills in the details of a crucial period in the history of the United States space program, and particularly of its human space flight element.

Dr. Logsdon is Professor Emeritus of Political Science and International Affairs at George Washington University’s Elliott School of International Affairs. Prior to his leaving active faculty status in June 2008, he was on the faculty of the George Washington University for 38 years; before that he taught at the Catholic University of America for four years. He was the founder in 1987 and long-time Director of GW’s Space Policy Institute. He is also a faculty member of the International Space University. He holds a B.S. in Physics from Xavier University (1960) and a Ph.D. in Political Science from New York University (1970).

Dr. Logsdon’s research interests focus on the policy and historical aspects of U.S. and international space activities. He is author of After Apollo? Richard Nixon and the American Space Program (2015), the award-winning John F. Kennedy and the Race to the Moon (2010), and The Decision to Go to the Moon: Project Apollo and the National Interest (1970) and is general editor of the multi-volume series Exploring the Unknown: Selected Documents in the History of the U.S. Civil Space Program. He has written numerous articles and reports on space policy and history. He is frequently consulted by the electronic and print media for his views on space issues.