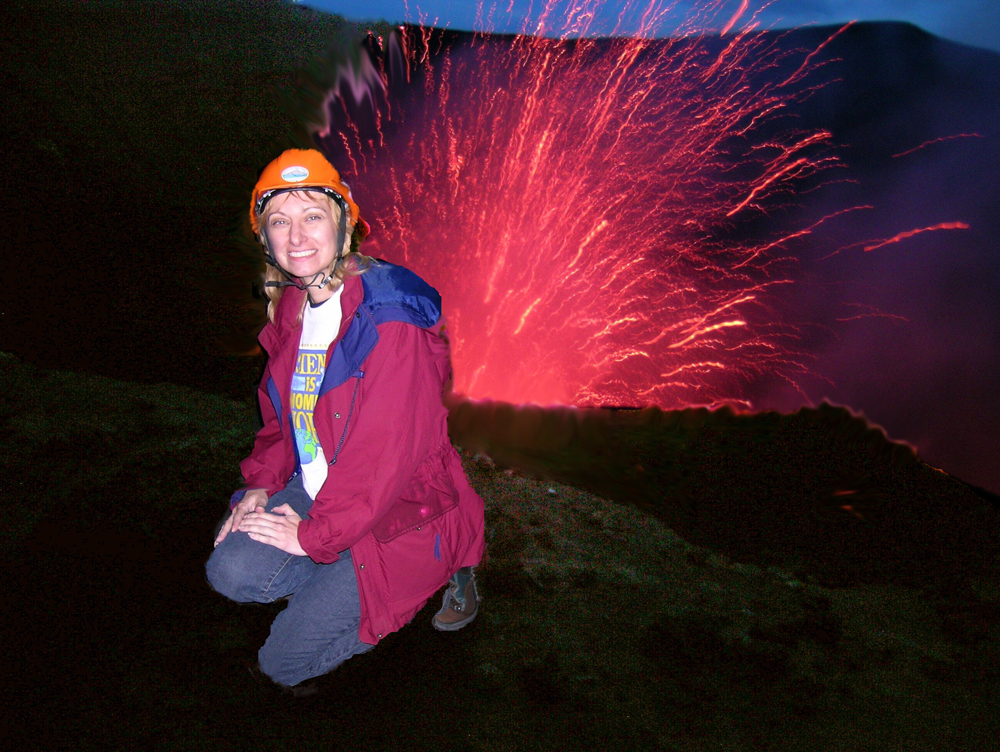 Fire and Ice: Exploring Volcanoes on Earth and the Solar System

EXPLORATION: THE GLOBE AND BEYOND a William Bennett Munro Memorial Lecture Series

Presented by the Division of the Humanities and Social Sciences and the Keck Institute for Space Studies. 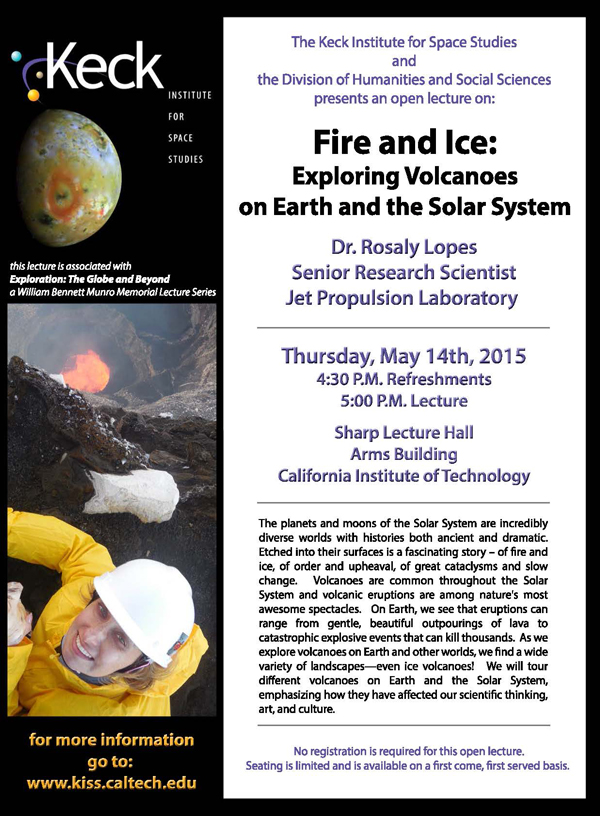 The planets and moons of the Solar System are incredibly diverse worlds with histories both ancient and dramatic. Etched into their surfaces is a fascinating story – of fire and ice, of order and upheaval, of great cataclysms and slow change. Volcanoes are common throughout the Solar System and volcanic eruptions are among nature's most awesome spectacles. On Earth, we see that eruptions can range from gentle, beautiful outpourings of lava to catastrophic explosive events that can kill thousands. As we explore volcanoes on Earth and other worlds, we find a wide variety of landscapes—even ice volcanoes! We will tour different volcanoes on Earth and the Solar System, emphasizing how they have affected our scientific thinking, art, and culture.

Dr. Lopes is a Senior Research Scientist and Manager of the Planetary Science Section. Her doctorate is in Planetary Science and her major research interests are in planetary and terrestrial geology and volcanology. During her Ph.D. studies she traveled extensively to active volcanoes, particularly Mount Etna in Sicily, and she became a member of the U.K.'s Volcanic Eruption Surveillance Team. Rosaly joined JPL as a National Research Council Fellow in 1989 and in 1991 she became a member of the Galileo Project where she was responsible for observations of Jupiter's volcanic moon Io from 1996 to 2001 using Galileo's Near-infrared mapping spectrometer. During this exciting period of her career, she discovered 71 active volcanoes on Io, for which she was honored in the 2006 edition of the Guinness Book of World Records as the discoverer of the most active volcanoes anywhere. Currently she is on the Cassini Project where she is the Investigation Scientist on the Cassini Titan Radar Mapper Team where she studies the geology of Titan's strange ice volcanoes.

Rosaly has authored over a hundred peer-reviewed scientific publications, she's had seven books published about volcanoes, she has appeared in over twenty documentaries, and has lectured in Europe, the Americas, Africa, and Asia. Rosaly has had a very exciting career at JPL and is a world renowned volcanologist - if you'd like to know more about her we have copies of her bio up front - including the titles of her books and copies available at the JPL Library.