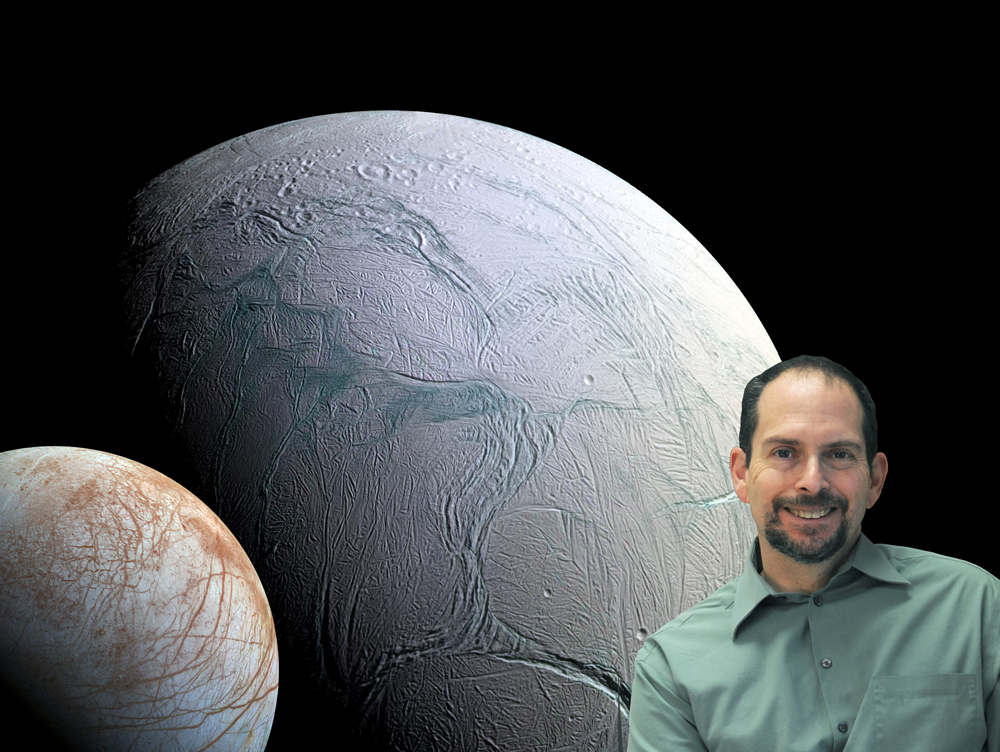 Looking for Life As (we think) We Know It: Enceladus and Europa As the Keck Institute for Space Studies workshop this week considers life in exotic non aqueous environments, two bodies in the outer solar system (Enceladus and Europa) host oceans of salty liquid water that are accessible, or potentially so, to spacecraft measurements.

A Europa mission has just begun development and has substantial capabilities to assess ocean habitability. Enceladus appears to have a habitable ocean based on Cassini measurements, but confirmation and search for life will require a follow-on mission... one such mission has been proposed under the Discovery program.

Jonathan I. Lunine teaches at Cornell University, where he is the David C. Duncan Professor in the Physical Sciences and Director of the Center for Radiophysics and Space Research. Having published more than 200 research papers, Lunine is at the forefront of research into planet formation, evolution, and habitability. His work includes analysis of brown dwarfs, gas giants, and planetary satellites. Within the Solar System, bodies with potential organic chemistry and prebiotic conditions, particularly Saturn's moon Titan, have been the focus of Lunine's research. He is the David Baltimore Distinguished Visiting Scientist at NASA's Jet Propulsion Laboratory. He is an interdisciplinary scientist on the Cassini mission to Saturn, and on the James Webb Space Telescope, as well as co-investigator on the Juno mission launched in 2011 to Jupiter. He is a member of the U.S. National Academy of Sciences, a fellow of the American Association for the Advancement of Science and the American Geophysical Union, and a member of the International Academy of Astronautics, which gave him its Basic Science Award in 2009. In 2015 he was awarded the Jean Dominique Cassini medal of the European Geosciences Union. He earned a B.S. in Physics and Astronomy from the University of Rochester in 1980, followed by M.S. (1983) and Ph.D. (1985) degrees in Planetary Science from the California Institute of Technology.