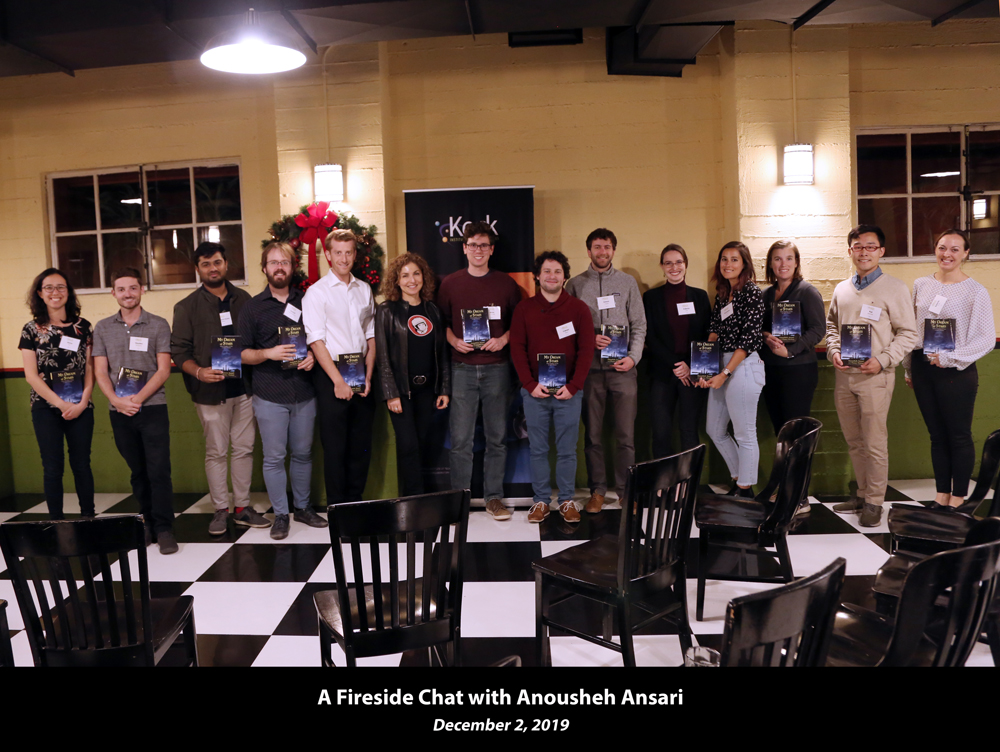 A Fireside Chat with Anousheh Ansari

On September 18, 2006, Anousheh Ansari captured headlines around the world when she embarked upon an 11-day space expedition, accomplishing her childhood dream of becoming the first female private space explorer, first astronaut of Iranian descent, first Muslim woman in space, and fourth private explorer to visit space.

Ansari is a serial entrepreneur and co-founder and Executive Chairwoman of Prodea Systems, a company that will unleash the power of the Internet to all consumers and dramatically alter and simplify consumer’s digital living experience. Prior to founding Prodea Systems, she served as co-founder, CEO and chairman of Telecom Technologies, Inc. The company successfully merged with Sonus Networks, Inc., in 2000.

To help drive commercialization of the space industry, Ansari and her family provided title sponsorship for the Ansari XPRIZE, a $10 million cash award for the first non-governmental organization to launch a reusable manned spacecraft into space twice within two weeks.

Ansari is currently the CEO of the XPRIZE Foundation. She is a life member in the Association of Space Explorers and on the advisory board of the Teacher’s in Space project. She has received multiple honors, including the World Economic Forum Young Global Leader, the Working Woman’s National Entrepreneurial Excellence Award, George Mason University’s Entrepreneurial Excellence Award, George Washington University’s Distinguished Alumni Achievement Award, and the Ernst & Young Entrepreneur of the Year Award for Southwest Region. While under her leadership, Telecom Technologies earned recognition as one of Inc. magazine’s 500 fastest-growing companies and Deloitte & Touche’s Fast 500 technology companies.

She believes the key to a better future for humankind is in the hands of our young generation, and it is up to us to provide them with the right tools through education and as good role models. Through it all, Ansari continues to quote Gandhi, one of her personal heroes, who said, “Be the change you want to see in the world.”

This special event is for KISS Fellows and Affiliates only.