Mapping the Epoch of Reionization with C+ Line Tomography

Our KISS program has laid the theoretical foundations for probing the epoch of reionization with C+ tomography measurements, developed unique lithographed millimeter-wave spectrometer technology, and initiated a first-light C+ experiment named TIME-Pilot. With KISS support we have carried out the following investigations: 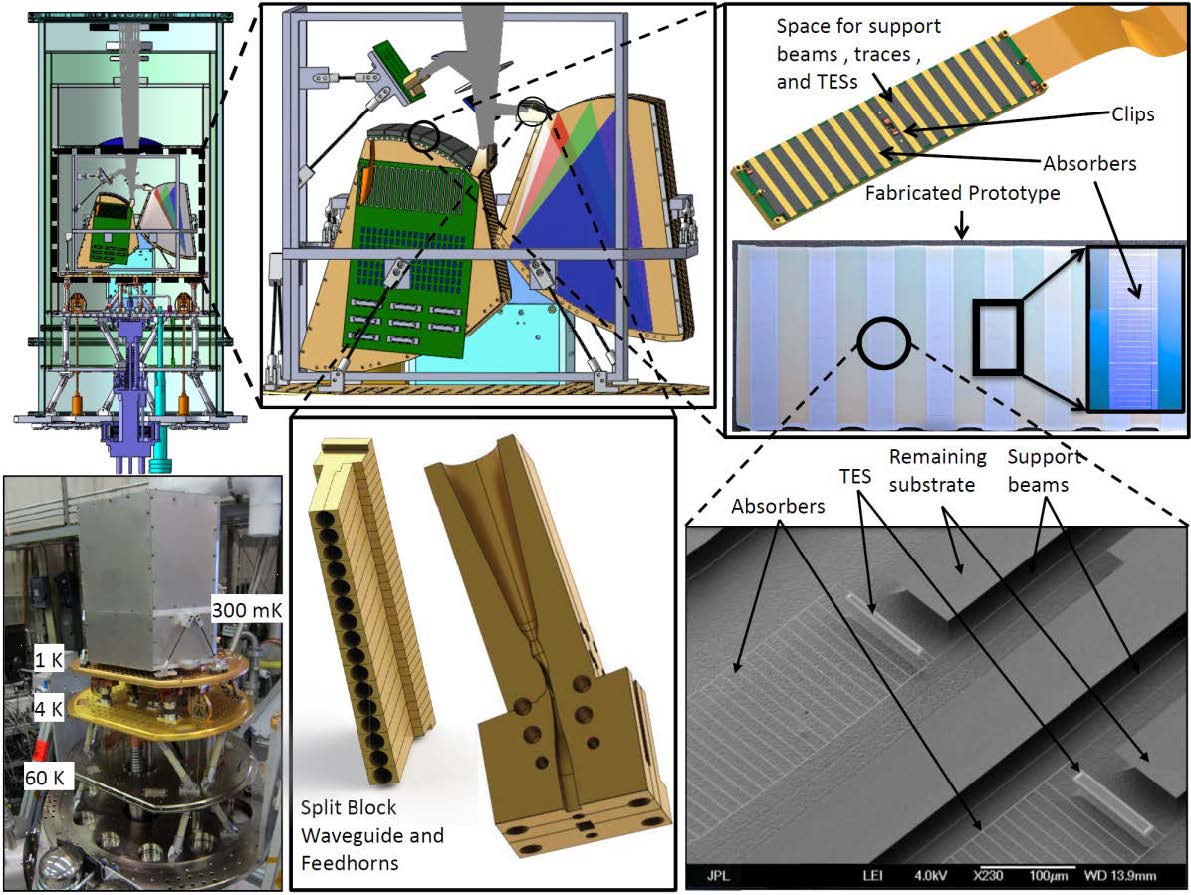 Figure 1. TIME-Pilot instrument overview and heritage. The instrument will be housed in an existing closed-cycle 4 K / 1 K / 300mK cryostat (bottom left), with an enlarged cryogenic volume to allow insertion of the spectrometer stacks and optics (top left). The 32 waveguide grating spectrometers (top center) are assembled into two stacks of 16, they couple the same 1-D linear field on the sky via an array of feedhorns and polarized waveguide (bottom center) looking off a polarizing grid. Each grating spectrometer is similar to that used in Z-Spec, but they are smaller and simpler for TIME-Pilot since they operate at lower resolving power (R=150, vs. R=300 for Z-Spec). The dispersed light is detected with twelve 2-D arrays of TES bolometers which span the spectrometer stacks (right) with a total of 1840 detectors. The TESes (lower right) are similar to those built at JPL for CMB polarimetry as well as demanding space-borne spectroscopy. Sixteen 150 GHz broadband channels view the same sky as the spectrometers via a dichroic filter, and will be used in surveys of the kSZ effect in galaxy clusters. 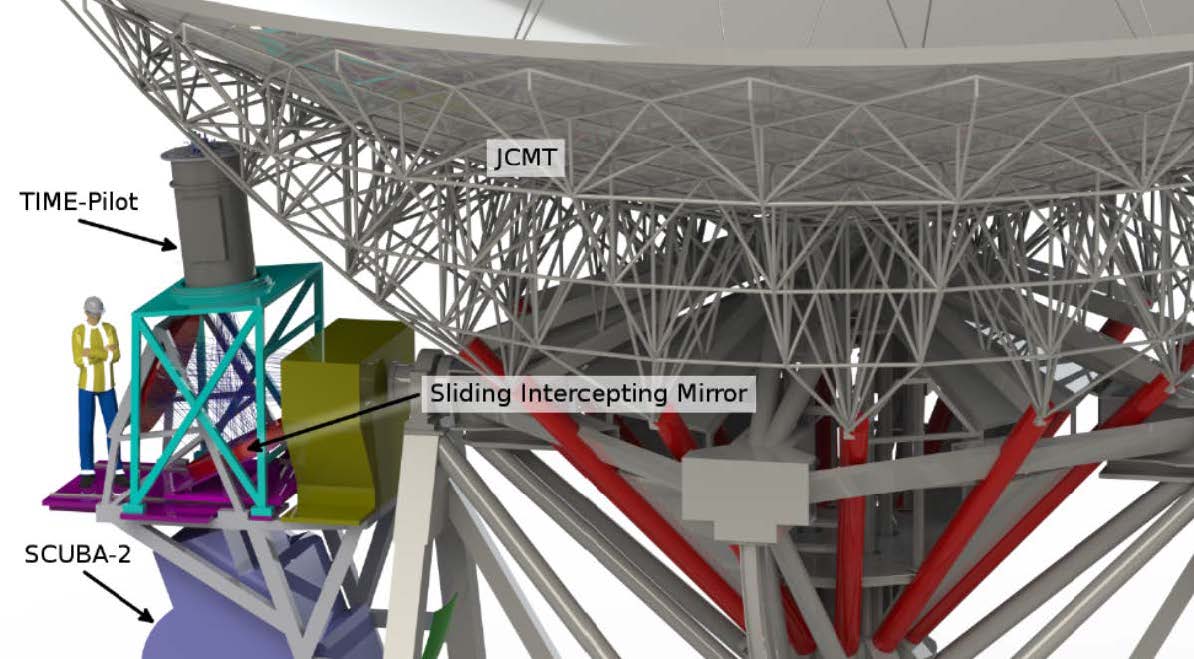 Figure 2. TIME-Pilot installed at the JCMT. The TIME-Pilot cryostat mounts above the platform that holds the current SCUBA-2 instrument and mirror. By adding one extra mirror, we intercept the beam headed toward SCUBA-2 and direct it upward to our instrument. The intercepting mirror will be on a platform that can slide the mirror away for quick switching back to normal SCUBA-2 observing. Figure