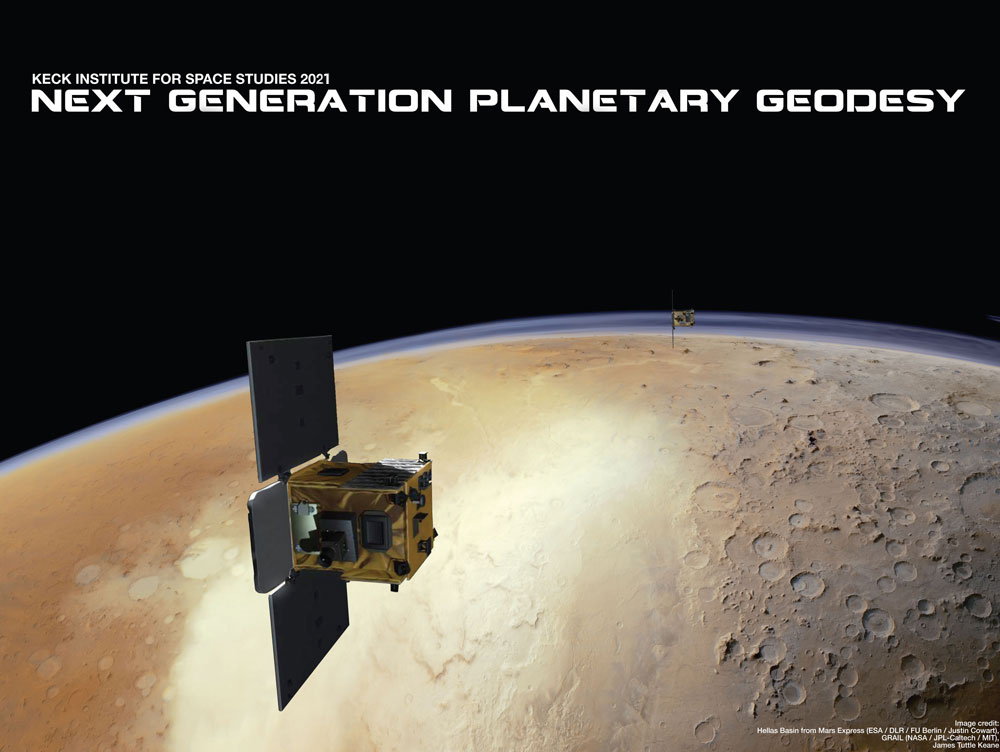 Geodesy—the study of a planet’s shape, orientation, and gravity field—is one of the most powerful methods for investigating the formation, evolution, structure, and active processes of Solar System bodies.  Geodetic measurements from robotic missions to distant worlds have revealed oceans of liquid water within icy moons, probed the atmospheric dynamics of gas giants, and characterized the deep structure of terrestrial worlds.  The power of geodesy is best demonstrated at the Earth and Moon, where spacecraft missions have transformed geodesy from a purely geophysical tool into one that unlocks advances in geology, climate change, hydrology, geochemistry, and more.
While geodesy in the Earth-Moon system has flourished, geodesy of other worlds has lagged behind.  Closing this gap would revolutionize planetary science.  New geodetic data could be used to locate hidden water resources on Mars, test how mantle dynamics operate in the absence of plate tectonics on Venus, explore the habitability of oceans on Europa and Enceladus, and address many other high-priority questions in planetary science.  Therefore, the objectives of our studies are: to (1) Identify the transformative science that would be enabled by next-generation geodesy at Mars, Venus, and Ocean Worlds, and (2) Identify the new technologies and mission architectures needed to achieve these scientific advances.
We will host two workshops to study the science enabled by and technologies needed for measurements of a world’s static gravity, time-variable gravity, and surface deformations.  We will focus on Mars, Venus, and Ocean Worlds of the outer solar system, and consider technologies such as spacecraft-to-spacecraft ranging, gradiometers, and the deployment of retroreflectors and radio beacons on planetary surfaces.  Our study’s final report will provide a roadmap for the development of NASA planetary geodesy missions.

There are a number of hotels (2 pages pdf, 600KB)  that are close to the Caltech campus where we have a negotiated rate. (Please note that this negotiated rate does not guarantee you the lowest rate as there may be internet specials or AAA rates that may be better.)

Please note that with enough notice, you can reserve rooms for attendees at the Athenaeum, which has been recognized as a Platinum Club of America. Newly refurbished, it is conveniently located on the Caltech Campus. Contact Janet Seid if you would like to check the availability of this option.

For Visa requirement information and travel to the United States please visit the website of the U.S. Department of State.


Parking (for Visitors and for JPL Personnel)

For Visitors: From the Arroyo Parkway, turn right (east) on Del Mar Avenue. Proceed approximately one and a quarter miles. The Caltech campus will be on your right. Turn right (south) onto Wilson Avenue. Turn right into the North Wilson Structure and park in an unmarked spot. Buy a parking permit from the kiosk located inside the North Wilson Structure or request one ahead of time from KISS.

For JPL Personnel: JPLers may use their JPL hang tag for parking or request a special parking hangtag from the JPL parking office. Employees who do not have on-Lab parking privileges can obtain a hang tag created for this purpose from JPL parking coordinator Robert Kennedy (818-354-4586, Building 310-108B, 9/80 schedule). Please park in an unmarked spot in the North Wilson Structure located on Wilson Avenue.


Maps and General Information on Pasadena