Probing the Interior of Venus with Innovative Seismological Techniques 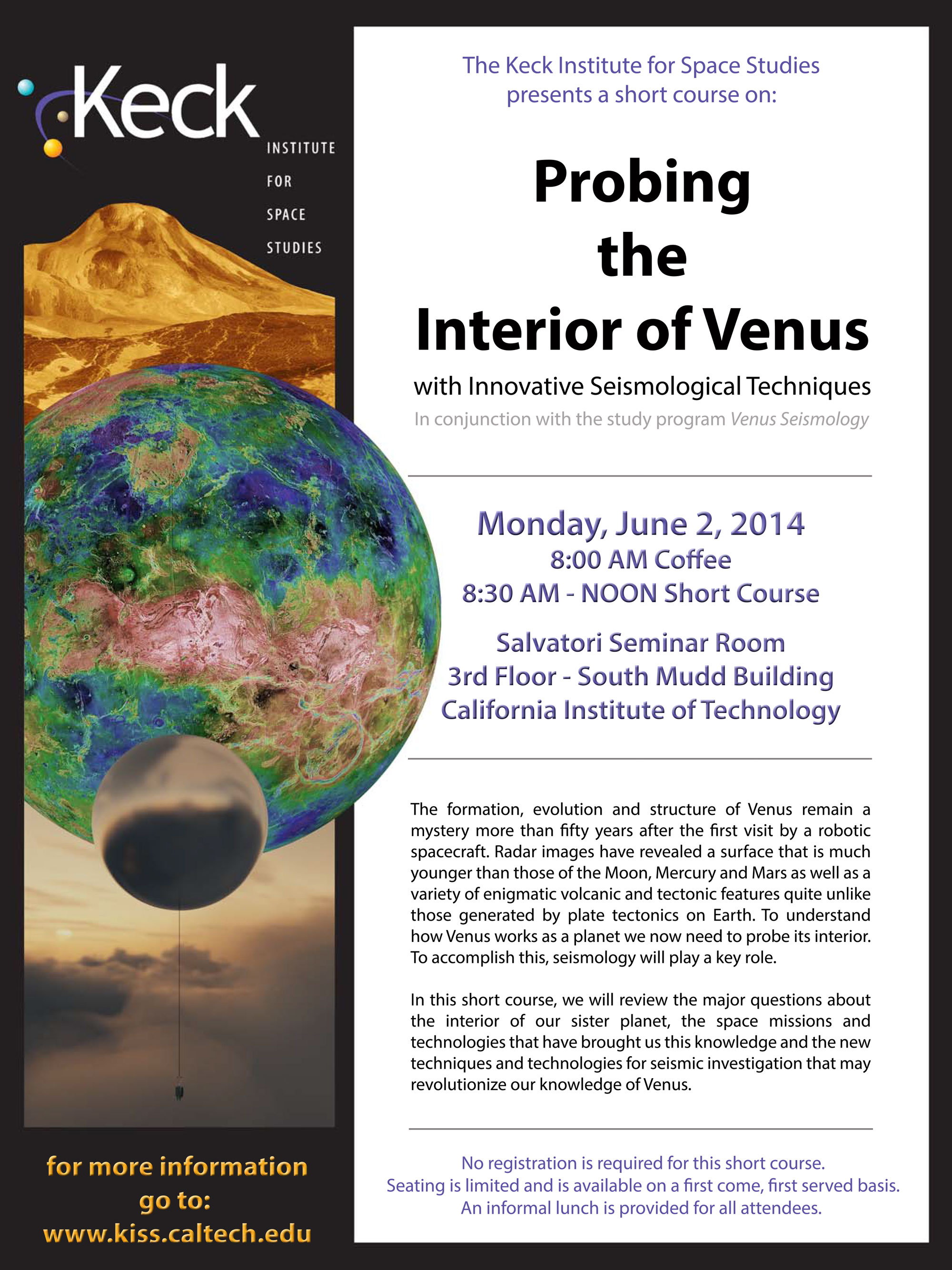 The formation, evolution and structure of Venus remain a mystery more than fifty years after the first visit by a robotic spacecraft. Radar images have revealed a surface that is much younger than those of the Moon, Mercury and Mars as well as a variety of enigmatic volcanic and tectonic features quite unlike those generated by plate tectonics on Earth. To understand how Venus works as a planet we now need to probe its interior. To accomplish this, seismology will play a key role.

Conventional seismology employs sensors in contact with the planetary surface but for Venus these sensors must tolerate the Venus environment (460oC and 90 bars) for up to a year. The dense atmosphere of Venus, which efficiently couples seismic energy into the atmosphere as infrasonic waves, enables an alternative: detection of infrasonic waves in the upper atmosphere using either high altitude balloons or orbiting spacecraft.

In this short course, we will review the major questions about the interior of our sister planet, the space missions and technologies that have brought us this knowledge and the new techniques and technologies for seismic investigation that may revolutionize our knowledge of Venus.